A resident was killed and two firefighters were injured in a fire Tuesday at an assisted living facility in New York that prompted an evacuation and led to the partial collapse of the building, officials said.
Listen now to WTOP News WTOP.com | Alexa | Google Home | WTOP App | 103.5 FM
(1/24) 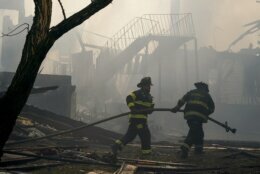 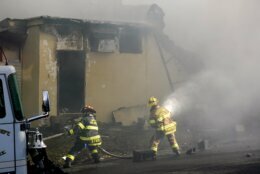 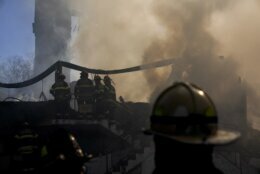 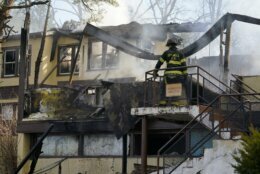 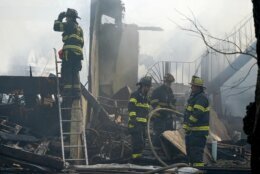 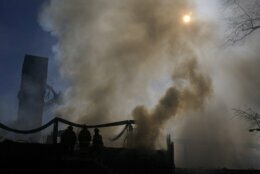 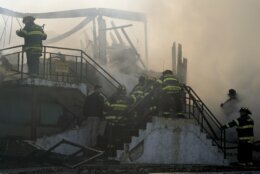 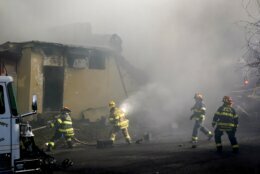 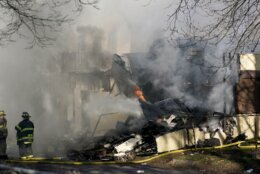 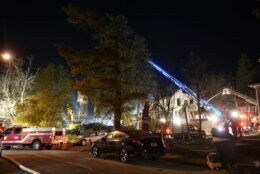 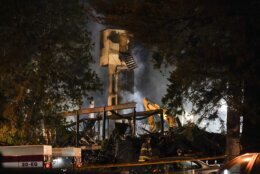 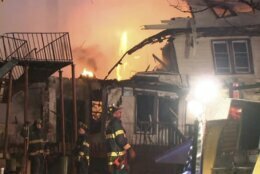 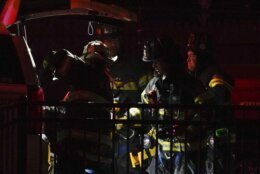 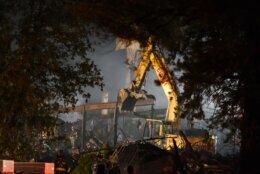 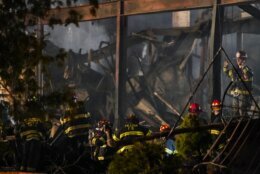 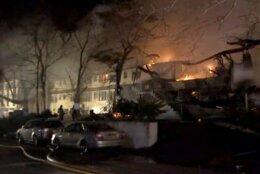 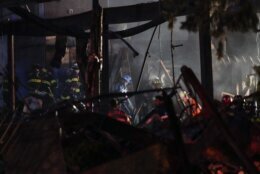 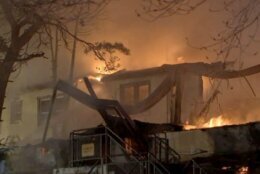 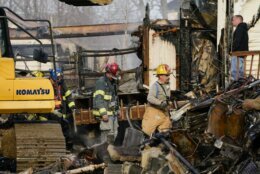 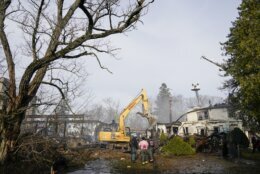 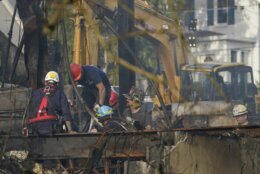 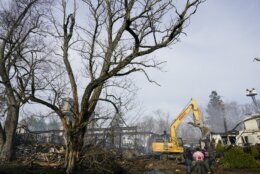 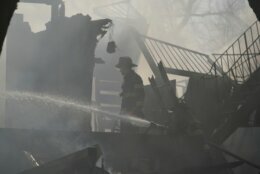 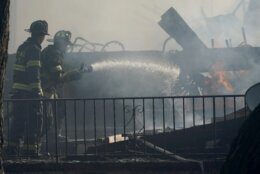 SPRING VALLEY, N.Y. (AP) — A fire swept through a suburban New York assisted living home and caused a partial collapse early Tuesday, killing one resident and touching off a grim search for a firefighter last heard from when he was trapped in the flames, officials said.

Late in the day, officials were still listing the unidentified firefighter as missing after bringing in a search crew with a rescue dog. But hope for his survival faded as the crew was seen backing off so firefighters could continue to hose down the smoldering wreckage throughout the afternoon.

Two other firefighters and multiple other residents were sent to hospitals. A second resident thought for several hours to be missing was later found unharmed, officials said.

Flames gutted the Evergreen Court Home for Adults in the Rockland County community of Spring Valley, about 30 miles (48 kilometers) north of New York City, that its operator said housed 112 residents.

One resident died after being taken to a hospital, said Rockland County Fire coordinator Chris Kear. The person’s name was not immediately released.

“This was a devastating loss,” Kear said at a news briefing.

All the survivors had been accounted for and will be placed in a new home, Evergreen said in a statement.

“This is an unspeakable tragedy at Evergreen Court Home and our hearts and prayers go out to all individuals and families who have been impacted,” the statement read.

Rescuers searched through rubble for a firefighter who issued a mayday call from the third floor, Kear said. Other firefighters rushed to try to help their colleague, but the flames were too intense.

“The extent of the fire, the volume of fire, the conditions, were just too unbearable where firefighters went in it, and they just could not locate the firefighter, and they had to back out,” he said at a later news conference.

Authorities initially said they believed a resident the missing firefighter was trying to rescue was unaccounted for, as well. They said that person was later found but provided no details.

Two other firefighters were taken to hospitals. One was released, while the other was expected to stay overnight for treatment for smoke inhalation, Kear said.

Officials believe about 20 residents were taken to hospitals, some with serious injuries, Kear said.

Other residents were taken by bus to another facility, state Trooper Steven Nevel said.

U.S. Rep. Mondaire Jones said he was horrified to learn of the fire in his hometown of Spring Valley.

“I am deeply saddened by the death of a resident of the Evergreen facility, and I am praying that the firefighter who bravely risked his life to save dozens of individuals trapped inside will be found safe and alive,” the first-term Democrat said in a statement.

About 125 firefighters from many agencies worked to get the fire under control. Investigators worked to determine the cause of the fire.

Because of the extensive damage, “It’s going to take quite a while to get to the root cause,” Kear said.

At one point, video showed the second floor collapsing as the fire burned. Kear said a whole portion of the building ultimately fell down.