During one of the most politically divisive years in recent memory, the number of active hate groups in the U.S. actually declined as far-right extremists migrated further to online networks, reflecting a splintering of white nationalist and neo-Nazi groups that are more difficult to track.
Listen now to WTOP News WTOP.com | Alexa | Google Home | WTOP App | 103.5 FM
(1/6) 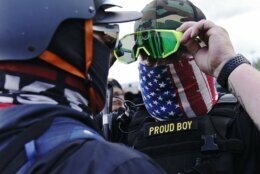 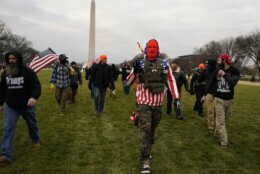 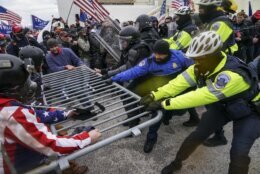 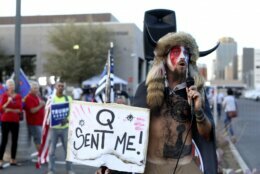 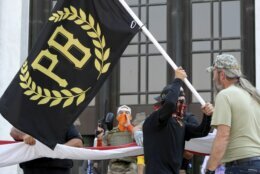 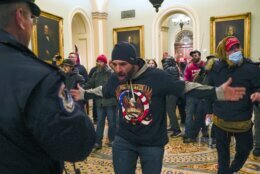 During one of the most politically divisive years in recent memory, the number of active hate groups in the U.S. actually declined as far-right extremists migrated further to online networks, a move that has made it harder to track adherents of white nationalist and neo-Nazi ideologies.

In its annual report, released Monday, the Southern Poverty Law Center said it identified 838 active hate groups operating across the U.S. in 2020. That’s a decrease from the 940 documented in 2019 and the record-high of 1,020 in 2018, said the law center, which tracks racism, xenophobia and anti-government militias.

“It is important to understand that the number of hate groups is merely one metric for measuring the level of hate and racism in America, and that the decline in groups should not be interpreted as a reduction in bigoted beliefs and actions motivated by hate,” said the report, first shared exclusively with The Associated Press.

The Montgomery, Alabama-based law center said many hate groups have moved to social media platforms and use of encrypted apps, while others have been banned altogether from mainstream social media networks.

Still, the law center said, online platforms allow individuals to interact with hate and anti-government groups without becoming members, maintain connections with likeminded people, and take part in real-world actions, such as last month’s siege on the U.S. Capitol.

White nationalist organizations, a subset of the hate groups listed in the report, declined last year from 155 to 128. Those groups had seen huge growth the previous two years after being energized by Donald Trump’s campaign and presidency, the report said.

The number of anti-immigrant, anti-Muslim and anti-LGBTQ hate groups remained largely stable, while their in-person organizing was hampered by the coronavirus pandemic.

Bottom line, the levels of hate and bigotry in America have not diminished, said SPLC President and CEO Margaret Huang.

“What’s important is that we start to reckon with all the reasons why those groups have persisted for so long and been able to get so much influence in the last White House, that they actually feel emboldened,” Huang told the AP.

Last month, as President Joe Biden’s administration began settling in, the Department of Homeland Security issued an early national terrorism bulletin in response to a growing threat from home-grown extremists, including anti-government militias and white supremacists. The extremists are coalescing under a broader, more loosely affiliated movement of people who reject democratic institutions and multiculturalism, Huang said.

The SPLC’s report comes out nearly a month after a mostly white mob of Trump supporters and members of far-right groups violently breached the U.S. Capitol building. At least five deaths have been linked to the assault, including a Capitol police officer. Some in the mob waved Confederate battle flags and wore clothing with neo-Nazi symbolism.

Federal authorities have made more than 160 arrests and sought hundreds more for criminal charges related to the deadly Jan. 6 assault. Authorities have also linked roughly 30 defendants to a group or movement, according to an AP review of court records.

That includes seven defendants linked to QAnon, a once-fringe internet conspiracy movement that recently grew into a powerful force in mainstream conservative politics; six linked to the Proud Boys, a misogynistic, anti-immigrant and anti-Semitic group with ties to white supremacism; four linked to the Oath Keepers, a paramilitary organization that recruits current and former military, law enforcement and first-responder personnel; four linked to the Three Percenters, an anti-government militia movement; and two leaders of “Super Happy Fun America,” a group with ties to white nationalists known for organizing a so-called “straight pride” parade in downtown Boston in 2019.

Bipartisan critics of Trump have blamed him for inciting the attack on the Capitol, which some far-right groups have declared a success and are using as a recruitment tool to grow membership, according to the SPLC.

The final year of the Trump presidency, marked by a wide-ranging reckoning over systemic racism, also propelled racist conspiracy theories and white nationalist ideology into the political mainstream, the law center said.

According to an SPLC survey conducted in August, 29% of respondents said they personally know someone who believes that white people are the superior race. The poll also found that 51% of Americans thought the looting and vandalism that occurred across the country around Black Lives Matter demonstrations was a bigger problem than excessive force by police.

Protests over the Minneapolis police killing of George Floyd last May spurred a push to make the November election a referendum on white supremacy. Nestled in Trump’s baseless claims of widespread voter fraud was a reality that turnout among Black and Hispanic voters played a significant role in handing victory to Biden and Vice President Kamala Harris, the first woman and first person of Black and South Asian heritage to hold that office.

During his inaugural address, Biden issued a strong repudiation of white supremacy and domestic terrorism, which is rare for such consequential speeches.

The SPLC made several recommendations for the new administration in its latest report. It called for establishing offices within the Department of Homeland Security, the Justice Department and the FBI to monitor, investigate and prosecute cases of domestic terrorism. It also urged improving federal hate crime data collection, training, and prevention; and for enacting federal legislation that shifts funding away from punishment models and toward preventing violent extremism.

People who support or express hatred and bigotry are not always card-carrying members of far-right groups. But that doesn’t mean they can’t be activated into violence, said Christian Picciolini, a former far-right extremist and founder of the Free Radicals Project, a group that helps people disengage from hate organizations.

It also doesn’t mean that they can’t be reached and deradicalized, he said.

“We have to have kind of a dual approach to stop what’s happening now, but also to make sure that we are not creating a problem for us in the future, to understand how the propaganda is spread that is recruiting these people,” Picciolini said. 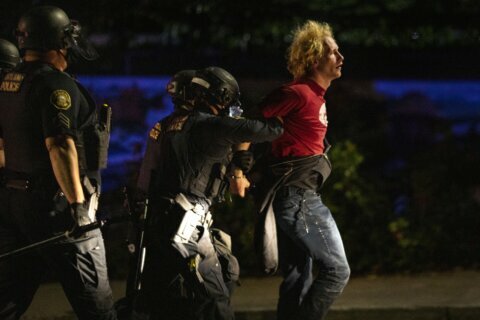 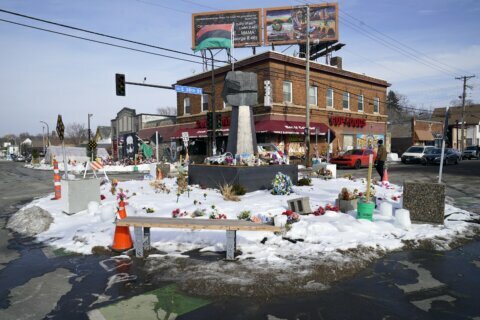