Bail set at $1.5 million for teen accused in mall shooting

APPLETON, Wis. (AP) — A judge on Monday set bail at $1.5 million cash for a teenager charged in a fatal shooting at a shopping mall in eastern Wisconsin.

Dezman Ellis, 17, of Oshkosh, made his first appearance in Outagamie County Court on charges of first degree intentional homicide and first degree recklessly endangering safety. Ellis was transferred on Friday from Iowa, where he fled after the Jan. 31 shooting.

Ellis is accused of killing Jovanni Frausto, 19, at the Fox River Mall in Grand Chute during an argument over a girl. A bystander was wounded, and the shooting forced people to shelter in place inside the suburban Appleton mall while police combed the building.

Frausto’s mother and father were allowed to speak during Monday’s hearing, although a judge at one point stopped the victim’s mother from talking, WBAY reported.

Attorneys for Ellis argued that their client, a senior at Oshkosh North High School, has a job at an area restaurant and has no prior adult criminal history. They argued for $50,000 bail.

The state cited the seriousness of the charges and argued that Ellis is a flight risk, having already fled law enforcement. 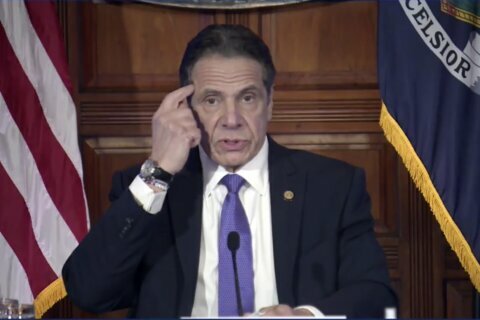 Impeachment? Vindication? What comes next in Cuomo probe