’60 Minutes’ will have streaming spinoff on Paramount+

NEW YORK (AP) — CBS News is launching a streaming version of “60 Minutes” on the new Paramount+ service, hoping to expose the durable brand to a younger and more diverse audience.

The announcement was part of a rollout for Paramount+, which is replacing the “CBS All Access” service, offering Paramount movies as well as old and new programming from CBS and the Viacom stable of networks.

For “60 Minutes+,” CBS is repurposing a team put together last year for a similar program, “60 in 6,” on the ill-fated Quibi platform. That service for programming geared to mobile devices shut down after seven months last year.

The same four-person correspondent team that made nearly two dozen “60 in 6” episodes — Enrique Acevedo, Seth Doane, Wesley Lowery and Laurie Segall — will work on “60 Minutes+.” Jonathan Blakely, who also worked on the Quibi show, will be executive producer.

While “60 in 6” had shorter stories than the TV version of “60 Minutes,” the Paramount version will go longer. Each episode will consist of a single 20-minute story. To start, three separate episodes are dropping next week: Segall’s interview with QAnon’s Jacob Chansley, Acevedo’s profile of reggaeton star J Balvin and Doane’s story on the dangers of shrinking glaciers.

For CBS, it’s the latest effort to extend the brand for one of television’s oldest and most successful news programs. Sunday’s episode of “60 Minutes” was the most-watched program on television last week.

Yet its audience is among the oldest in television, with a median age of over 65, the Nielsen company said. The stories and topics on the new streaming show will be geared to a younger, more diverse diverse audience.

Although there are no plans for the “Plus” stories to appear on TV, building a new team of correspondents and producers has benefits for the news division, said Bill Owens, executive producer of “60 Minutes.”

“We want to grow the bench,” said Owens, who got his start as a newsmagazine producer for CBS on the “60 Minutes II” television spinoff, which aired from 1999 to 2005.

J Balvin has a huge following, but to put that profile on the TV version of the show, Acevedo would probably have to spend considerable time explaining to viewers who the star is, Owens said.

Acevedo, who’s worked at Univision, said he grew familiar with “60 Minutes” when his father watched reruns of the newsmagazine on a Mexican cable station. Acevedo said he wanted to become a journalist after watching Scott Pelley’s reporting on the Sept. 11 terrorist attack.

He’s already at work on stories about Latin America and immigration. “60 Minutes” requires its correspondents to be generalists, but team members also bring a specific expertise, Blakely said.

Doane has been a foreign correspondent at CBS, Segall covered technology at CNN and Lowery won a Pulitzer Prize at The Washington Post for coverage of fatal police shootings.

This story corrects that Bill Owens began as a newsmagazine producer at ’60 Minutes II,′ not at the network in general. 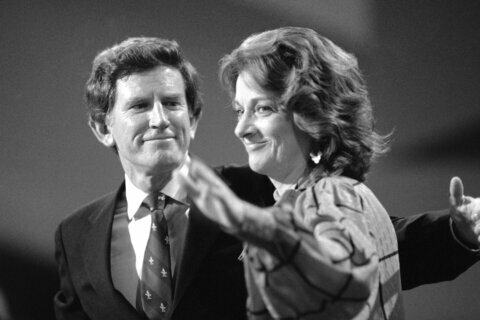