WAXAHACHIE, Texas (AP) — Controversy over a segregation-era “Negroes” sign in a Texas courthouse has taken an unusual turn after a top county official was identified as a suspect in a criminal investigation into the historical sign being vandalized.

The sign in a courthouse in Waxahachie, a city of 36,000 about 30 miles (48 kilometers) south of Dallas, drew attention in November when a Black constable spoke out over being moved to a shared office near it. That issue was resolved amicably when Ellis County Judge Todd Little gave Constable Curtis Polk Jr. another office.

But Little, who is the county’s top executive, not a judicial official, has now been identified as a suspect in an investigation into the sign being partially painted over, The Dallas Morning News reports. No one has been charged with any crime and the incident remains under investigation.

The sign, which is near what used to be a water fountain in the courthouse basement, was uncovered during renovations two decades ago. It was marked with a placard as a reminder of the evil of segregation, Little said in November.

Later that month, the sign was painted over. A video was posted online showing Little urging another man to take spray paint to it, according to the Morning News. It was not immediately known why Little asked the man to paint the sign.

The Ellis County sheriff and district attorney reportedly opened an investigation into the incident. But the district attorney then recused himself because he knows Little, handing the case off to prosecutors in Dallas, the Morning News reports.

Little is identified as a suspect in court records but it’s unclear how the case will proceed. The Morning News could not reach Little or Dallas County District Attorney John Creuzot for comment Thursday.

Lane Grayson, an Ellis County commissioner, told the paper the county intends to restore the sign.

“Any defacing of government property is an absolute insult,” Grayson said. “That sign was left as a historical reminder of a place we should never go again.” 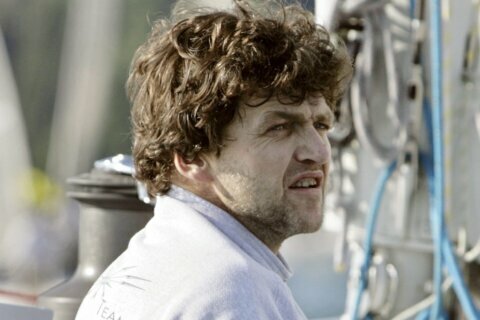