Lawmakers to question how ‘deport’ license plate got OKed

While people have the right to freedom of speech, the messages that appear on license plates are different because they must be approved by the state, said Republican Sen. Daniel Thatcher.

SALT LAKE CITY (AP) — Utah lawmakers want to know how a license plate with the phrase “DEPORTM” got approved despite state rules against expressing contempt for any race, religion or political opinion on vanity plates.

While people have the right to freedom of speech, the messages that appear on license plates are different because they must be approved by the state, said Republican Sen. Daniel Thatcher.

“If someone put a bumper sticker on a car, I would shake my head and keep walking,” he said. “The state has approved this, so it’s a state-approved message and that’s wildly inappropriate.”

Lawmakers are expected to question the director of the Division of Motor Vehicles and his boss, the state tax commission director, at a hearing on Wednesday.

It comes after a picture of the plate gained attention online last week. Salt Lake City English teacher Matt Pacenza spotted it during his drive, snapped a quick picture and put it on Twitter and Facebook.

“It did jump out at me. I was surprised by it,” he said. So, he did a quick search online. “What you find out right away is they do reject all kinds of plates.”

The state gets about 450 requests a month for vanity plates, and also bars messages that are vulgar, reference drugs or sex acts or suggest something dangerous. It has denied messages ranging from “STRIPPN” to “REDWINE” to “JEWELZZ,” according to a list provided to The Associated Press.

It’s unclear how “DEPORTM” got through. It was approved in 2015, when the department was under different leadership, said Tammy Kikuchi, a spokeswoman for the tax commission.

But three other people have told the Salt Lake Tribune they complained about the plate as recently as a few weeks ago. Kikuchi has declined to comment on the case directly, saying it is now under review.

A license plate that breaks state rules can be recalled, but the owner can appeal the agency’s decision. The owner of the “deport” plate has not been identified. 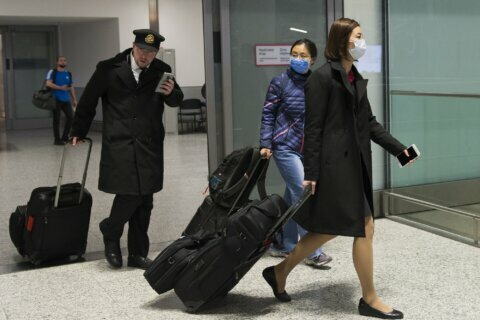 Arizona, California cases push US tally of new virus to 5 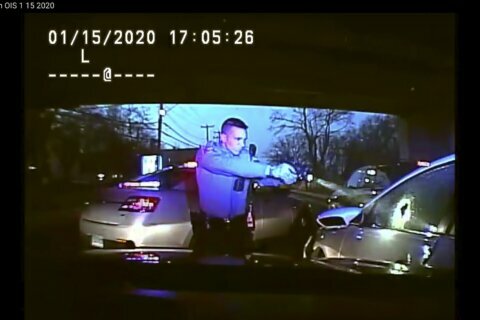 Man dies when Maryland officers respond to call for help