Magic in the USO’s mission to entertain troops

WASHINGTON — It’s been decades since we of a certain age would watch Bob Hope entertain the troops on his annual USO tour. Usually the NBC special would run in late January, long after the Christmas tour was complete.

Bob and the gang may be gone, but the USO is alive and well, and still sending entertainers around the world to boost morale at U.S. military bases. 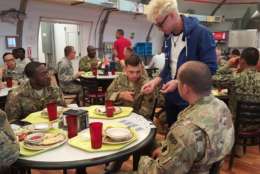 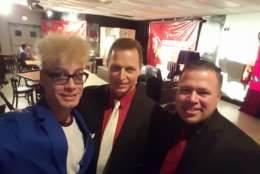 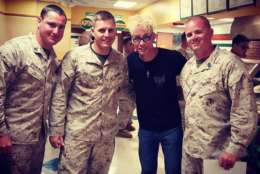 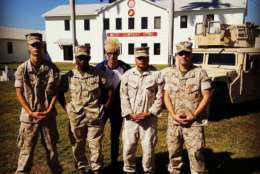 Sawchuck is wrapping up a nearly three-week tour with two other magicians. Their itinerary includes stops in Honduras, Puerto Rico, The Bahamas, Guantanamo Bay and Greenland.

“I’ve always wanted to do it since becoming an American citizen in 2009,” said the native of Vancouver, B.C.

He said the three-day visit to Gitmo was very busy.

“They want to take you on tours, show you the base, show you what their mission is. They took is right up to the North Gate. On the other side of the gate is Cuba — Real Cuba.”

Sawchuck’s day job is a 4 p.m. magic show at Planet Hollywood Hotel & Casino on The Strip in Las Vegas. It’s a modest, family-friendly show that emphasizes up-close tricks and audience participation. But for this tour, he had to drastically downsize.

“I’m traveling with two suitcases and my laptop. In one suitcase is my show. My whole show can be set up on a postage stamp-sized stage.”

Sawchuck does a 30-minute show — his third of a tour he’s sharing with two other magicians.

The venues have varied — from custom-built seats to nothing but a small existing bar. They also performed at an outdoor stage and a big hall holding about 500 military men and women, and their families.

“These guys run a hard life, and a lot of them don’t laugh a lot. It’s nice to make ‘em crack a smile now and then,” he said.

Murray Sawchuck ends the tour in Greenland later this week, but will also bring his show to the D.C. area on Saturday, April 22. He’ll be one of five magicians performing at a fundraiser for Bishop Ireton High School in Alexandria, Virginia.