NEW YORK (AP) — Chrissie Hynde wouldn’t make her own mark in music until a few years later, but her memories of how 1971’s daily soundtrack was tied to the times remain vivid.

“Music said something,” the Pretenders’ leader and Rock and Roll Hall of Fame member says at the start of “1971: The Year That Music Changed Everything,” an eight-part documentary series that premieres Friday on the Apple TV+ streaming service.

Hynde had just dropped out of Kent State University in Ohio, where a year earlier four students were shot and killed by the National Guard. Neil Young’s incendiary song about the incident, “Ohio,” played as she told her story.

Her three words essentially provide the theme statement for the series’ producers. They document, through indelible work made that year by Marvin Gaye, Carole King, John Lennon and many others, how musicians responded at a time when the 1960s dream was dying and it was unclear what would replace it.

“Some people run away and hide themselves in drugs,” said James Gay-Rees, one of the series’ executive producers. “Some people write protest music and some people find their identity. It’s such a brilliant tipping point, really.”

It was the year of Gaye’s “What’s Going On,” No. 1 on Rolling Stone magazine’s list of the top 500 albums of all time. Joni Mitchell’s “Blue.” King’s “Tapestry.” Lennon’s “Imagine.” The Rolling Stones’ “Sticky Fingers.” Sly & the Family Stone’s “There’s a Riot Goin’ On.” David Bowie’s hit “Changes.” Gil Scott-Heron’s song that became a catchphrase, “The Revolution Will Not Be Televised.”

Gay-Rees was 4 years old at the time. It took three years to make the series, mostly because of the arduous task of securing rights to about 150 pieces of music, after he was intrigued by the David Hepworth book, “1971 — Never a Dull Moment: Rock’s Golden Year.”

After a somewhat unfocused first episode, the series settles in with more thematic subsequent pieces. One episode focuses on King and Mitchell and the breaking down of sexual barriers, while “The Revolution Will Not Be Televised” zeroes in on Black musicians and how they addressed issues like poverty and treatment by authorities with work that sounds fresh today.

Gay-Rees said he wanted to avoid the look of traditional music documentaries, with shots of creators sitting in control rooms talking about why they added this instrument or that beat.

Instead, songwriting is talked about in the context of the times, so the series feels as much about the history of the year as the music.

“You can’t really make a film about John Lennon writing ‘Imagine’ without asking why he wrote ‘Imagine,’” he said.

Besides the crucial music clearances, producers deserve credit for all of the video they dug up, including film of Lennon, producer Phil Spector and musicians recording the “Imagine” album. In another priceless clip, President Richard Nixon introduces a performance by the Ray Conniff Singers at the White House by saying, “if the music is square, it’s because I like it square.”

Nixon keeps a frozen smile as one of the singers holds up a sign protesting the Vietnam War.

Similarly, the “Revolution” episode contains brutal footage of the Attica Prison riot with a discussion of Aretha Franklin’s participation in a benefit for victims.

Other topics include the emergence of glam rock in the aftermath of the Beatles’ breakup, how James Brown and other Black artists fought against racism, the rise of hard drugs and how it affected artists like the Rolling Stones and Sly Stone, and how George Harrison’s “Concert for Bangla Desh” provided a template for future benefits.

While Gay-Rees said he’s “not prone to nostalgia,” it’s hard to dismiss the quality of the songwriting.

Was it the best year ever for popular music? 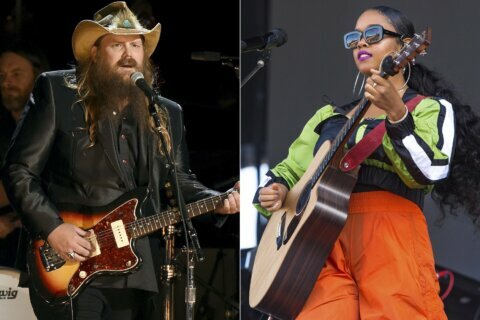