CHARLOTTE, N.C. (AP) — Ryan Blaney through 24 races was having an OK season with one victory and a spot in NASCAR’s playoffs locked down.

Fast forward to the final two weeks of the regular season and Blaney is suddenly the hottest driver in NASCAR with the momentum needed to perhaps challenge Kyle Larson for the Cup championship.

Blaney closed the regular season with consecutive victories to give him a career-best three on the year and vault to third in the reset standings heading into Sunday night’s playoff opener at Darlington Raceway in South Carolina.

“I think Ryan is growing into a championship contender. I think we’ve got that ability in front of us in the next 10 races,” said crew chief Todd Gordon, who will retire at the end of the season. “I look forward taking this momentum we have going forward into the Southern 500.”

So does Team Penske, which invested in Blaney in 2012 when he was 18 and driving for Brad Keselowski in the Truck Series. Keselowski won Roger Penske his first Cup championship that season and had credibility to vouch for drivers that came through his now-shuttered team.

Blaney was decent in Keselowski’s truck but seemed better suited in a stock car, and Roger Penske got the third-generation driver into a Cup seat in 2015 through a partnership with Wood Brothers Racing. The storied NASCAR organization had fallen on hard times and cut back to a partial season, and Penske felt an alliance would both boost the famed No. 21 Ford and give his larger organization a spot to develop young talent.

Blaney drove 16 Cup races that first season with the Wood Brothers, along with 13 Xfinity Series races and two victories in a Penske car. The Wood Brothers’ program was boosted to a full schedule in 2016 and Blaney drove the No. 21 for two more seasons as Penske prepared to expand and pull the team’s young talent under the Team Penske banner.

After his Saturday night win at Daytona International Speedway in the regular-season finale, Blaney said he and Roger Penske had recently reflected on his journey. The 27-year-old said the nine years since he signed to drive for Penske have flown by and his time spent working for his boss has provided valuable life lessons.

“Getting to know RP … it makes me better as a person, to know his work ethic, how he approaches things in life and professionally. It really helps me out as far as his drive and hunger and motivation,” Blaney said. “For someone who has that much motivation, he’s been doing it for so many years, he just won’t stop. He always has to keep going and going and finding new things, new ways to be more successful and things like that. It’s hard not to notice somebody like that.

“It gives me more motivation to be better at what I do. That’s a trait that I’ve always really enjoyed being around Mr. Penske, things like that. It’s something I try to apply in my professional and my personal life, too.”

This peak couldn’t come at a better time for Blaney or the organization. Keselowski is leaving Team Penske at the end of this year to become a driver with an ownership stake and competition role at Roush Fenway Racing.

It will wrap 12 full seasons driving for Penske and create a leadership role that Blaney, long considered the junior driver to champions Keselowski and Joey Logano, appears ready to fill. Blaney and Logano will be expected to help usher in both reigning Xfinity Series champion Austin Cindric, who will be a Cup rookie next year when he replaces Keselowski in Penske’s flagship No. 2, as well as 20-year-old Harrison Burton, who will also be a Cup rookie driving the No. 21 for the Wood Brothers.

Blaney after his Daytona win credited Keselowski, who he called “a bit of a role model,” for launching his career in 2012 and acknowledged the responsibility he will have within Team Penske once Keselowski departs.

“You have to be a leader,” Blaney said. “Definitely Brad is a leader. I think it’s time for me to step up and be that guy, too. Me and Joey really need to be mentors and leaders to Austin and Harrison and make our team strong. Brad does that really well.”

In the playoffs for the fifth time in his career, Blaney is hoping to finally advance all the way to the championship round. He advanced to the Round of 8 in 2017 and 2019 but has never been able to make it to the winner-take-all season finale. Blaney’s best career finish was seventh in 2019.

But his back-to-back wins at Michigan and Daytona helped him acquire 19 bonus points that have him tied with Martin Truex Jr. behind title favorite Larson headed into the playoff opener. Larson, with a Cup-high five wins this season, is the top seed and Truex and Blaney, who along with Alex Bowman all have three wins, go to Darlington 28 points behind Larson.

Blaney didn’t want to discuss how he can make it to the championship finale — “I ain’t thinking about that. The first round is my main focus,” he said — but eventually acknowledged he likes the chances of the No. 12 team.

“I just think this team is so good, they can do it. If they really perform to the best of their abilities, and I do as well, I think we have a good shot at it,” he said. “Capitalizing on opportunities, that’s what we’ve been doing the last couple weeks, putting ourselves in positions to win races. I’m focused on the first round. I’ll give you a better answer if we make it further.” 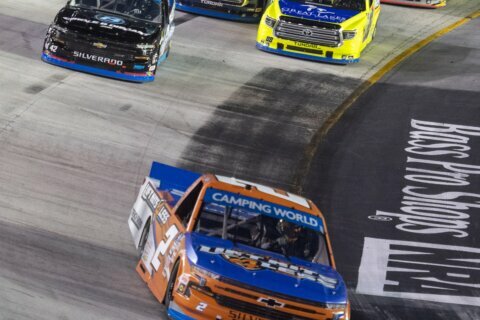 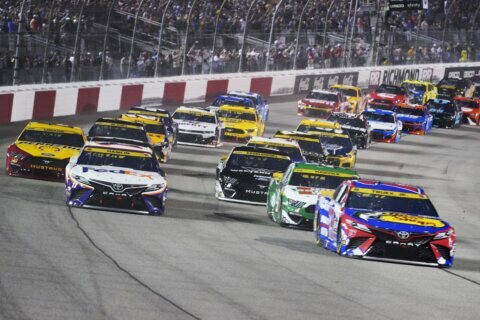 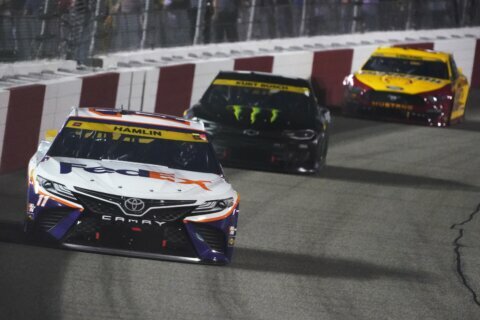