CHARLOTTE, N.C. (AP) — Kevin Magnussen, fresh off his first win in eight years, will make his IndyCar debut as he continues to leave Formula One in his rearview mirror.

Magnussen will race at Road America in Wisconsin this weekend for Arrow McLaren SP as the replacement driver for Felix Rosenqvist, who was injured in a crash at Detroit. Rosenqvist has not been medically cleared to drive, the team said Wednesday.

“Big challenge to go straight into a race having never driven an IndyCar before but I couldn’t say no to the opportunity,” Magnussen posted on social media.

Magnussen made 19 starts for the McLaren Formula 1 team in 2014, including a career-best finish of second at the Australian Grand Prix that year. But his seven years in F1 came to an end when Haas dumped Magnussen and Romain Grosjean at the end of last season.

Grosjean moved on to IndyCar and was reunited with Magnussen last weekend in Detroit, where IndyCar and the IMSA sports car series ran a doubleheader.

Rosenqvist was injured in a crash Saturday, and hours later Magnussen scored his first IMSA victory since 2013 in a World Series by Renault race in Barcelona.

Magnussen will be competing Sunday at Road America against former teammate Grosjean and Marcus Ericsson, who left F1 for IndyCar after the 2018 season and in Detroit picked up his first IndyCar victory to give Ganassi a Saturday sweep.

“I know initially that’s why Kevin came to America, was trying to be in IndyCar,” said six-time IndyCar champion Scott Dixon, a fellow Ganassi driver. “Hopefully down the road that’s something that would be possible.”

These are the opportunities the Danish driver was looking for when he decided to leave F1 following his split with Haas. Sticking around just to drive for another team incapable of competing for wins seemed less than appealing.

“If I had a Mercedes or a Red Bull I wouldn’t say no. I don’t think many racing drivers would, but that’s not going to happen,” Magnussen said.

He looked to the United States for work and found it driving a sports car for Chip Ganassi Racing, which late last fall decided to return to IMSA competition after a one-year hiatus from the series. The effort to launch a new, factory-backed Cadillac program was intense and Ganassi, who famously boasts “I like winners” every time one of his drivers gets a victory, picked Magnussen as co-driver with series veteran Renger van der Zande.

Magnussen never doubted he was fast and capable of winning when in competitive cars, and it was evident as soon as he got into the Ganassi ride. Magnussen and van der Zande had been in contention through the first three IMSA races — they led 225 laps at Daytona and 115 at Mid-Ohio — before their breakthrough victory at Belle Isle.

“As a young kid you grow up knowing you need to win races to proceed and if you move up the levels toward F1, if that’s your goal, you get used to winning races because you expect it,” Magnussen said. “You need to be in exactly the right situation to win in Formula One, so you know, after a while, when you know that you don’t have a chance of winning, at the end of the day, no matter what you do whether it is motorsports or chess, you want to be winning.

“Coming here, I knew when I signed up with Chip Ganassi, I’d have a chance at winning races. It’s been more enjoyable than anything I’ve done for the last few years.”

His resurgence mirrors that of Grosjean, who was let go with Magnussen when Haas replaced both its drivers with a pair of rookies. Grosjean moved to IndyCar and hasn’t looked back. When he won the pole at the road course at Indianapolis and then finished second, the roar from the crowd and adrenaline rush from leading laps again was exhilarating.

Grosjean and Magnussen were able to meet in Detroit during the IndyCar-IMSA doubleheader and reflect on their rekindled passion for racing.

“I’ve just missed going racing with the aim of winning,” Magnussen said. “This year, the feeling I have going to races reminds me a little of how it was before Formula One. I’ve kind of missed that feeling. I’m super happy about that and I had some great experiences. Having said that, I feel fresh motivation, and I feel like it’s fun again.”

In August, he will team with his father on an entry for the 24 Hours of Le Mans. Jan Magnussen has 22 Le Mans starts and four GT class wins, but it will be Kevin’s debut in the French endurance classic. The father and son had been guests of Ganassi at a NASCAR race in Charlotte and the team owner knew he was getting a driver who could deliver when he signed him to the IMSA program despite his rough seven seasons in F1. 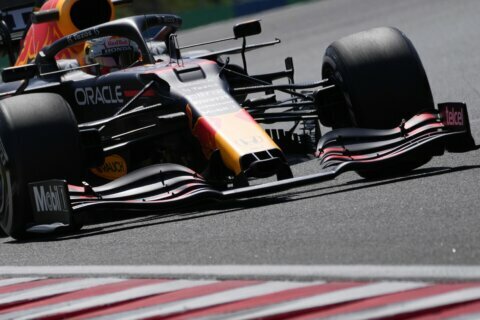 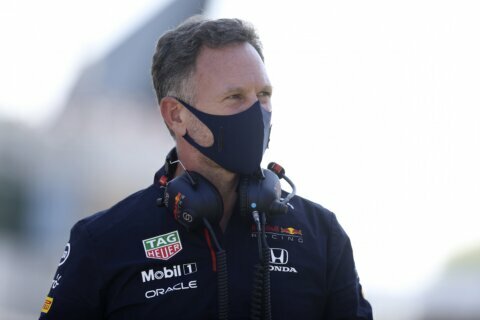