In the last five years, four people have been killed at the same intersection in Montgomery County. On Sunday, a group gathered to call for a redesign of the road.
Listen now to WTOP News WTOP.com | Alexa | Google Home | WTOP App | 103.5 FM
(1/5) 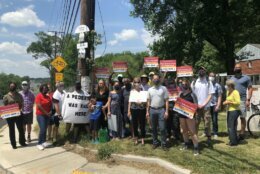 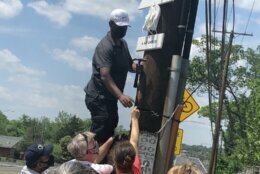 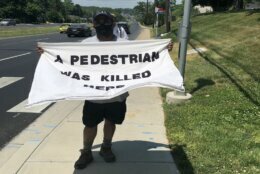 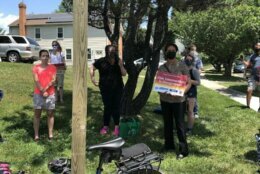 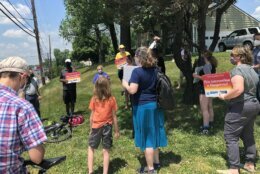 In the last five years, four pedestrians have been killed at the same intersection in Montgomery County, Maryland. Now, a citizens’ group is calling for a redesign of Georgia Avenue.

Just a few weeks ago, Claire Grossman was crossing Georgia Avenue at Rippling Brook Drive in Silver Spring, when she was struck and killed by a car just two blocks away from where her husband Robert was killed the same way five years ago.

“It’s still very fresh,” said Peter Gray, who serves on the Washington Area Bicyclist Association‘s board of directors and is and a founding member of Montgomery County Families for Safe Streets. “We want to call attention to these areas.”

This same intersection claimed the lives of Etsegenet Hurissa in 2011 and Victor Ramos in 2016.

Montgomery County Families for Safe Streets held a rally on Sunday to call attention to changes they’d like to see to make the area safer.

“We want to see speeds lowered,” Gray said. “And we would also like to see the curb lanes repurposed for protected bike lanes or possibly bus lanes.”

Gray said that the fact the road is six lanes is part of the problem: “It’s overbuilt, there doesn’t need to be that many lanes for cars.”

And he said it’s not just that intersection where the group wants to see changes.

During the rally on Sunday, the group of more than two dozen people placed a “ghost shoe” memorial in honor of the four pedestrians who were killed there.

“The county needs to really in a much more serious manner, allocate resources toward remaking the road so they’re safe for everybody who uses them,” Gray said.