In Maryland, Montgomery County has opened the doors on its 19th medical marijuana dispensary — the most of any jurisdiction in the state. See photos.
Listen now to WTOP News WTOP.com | Alexa | Google Home | WTOP App | 103.5 FM
(1/9) 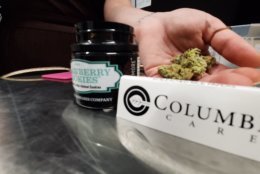 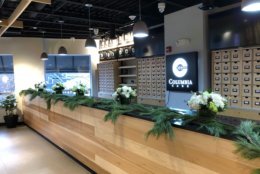 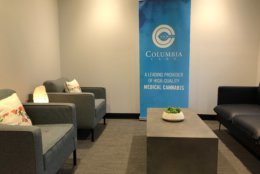 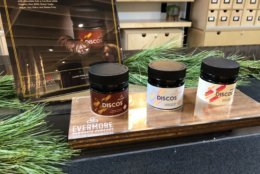 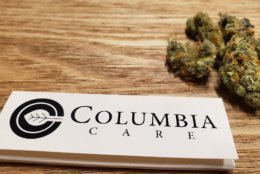 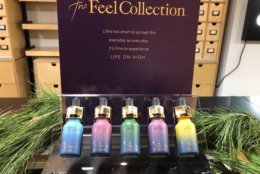 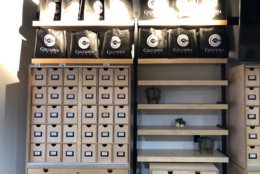 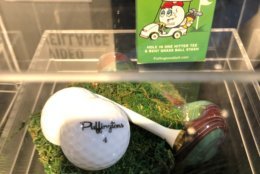 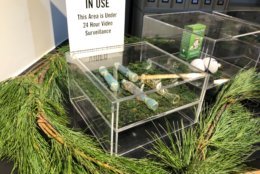 More than half the states and D.C. have legalized medical marijuana, despite conflict with federal law and criticism that disputes its therapeutic value. Still, in Maryland, Montgomery County has opened the doors on its 19th medical marijuana dispensary — the most of any jurisdiction in the state.

“We see people of all walks of life. In New York, our average patient is a 54-year-old female with cancer. We view this as an ancillary access point to a new form of health care, based on a plant that’s been around for thousands of years,” said Nicholas Vita, CEO of Columbia Care, one of the largest medical marijuana operators in the United States.

Columbia Care held its grand opening Monday, throwing open the doors of its dispensary on Willow Lane in Bethesda, Maryland — just off busy Wisconsin Avenue and across the street from the historic Farm Women’s Cooperative Market.

“This is a global phenomenon. This is happening around us … you can either try to stop the avalanche by putting up your hand, or you can direct it into a positive way,” Vita said.

Patients with a medical cannabis certificate from the state who have had an in-person visit with a registered provider can purchase the dispensary’s products, which include products for smoking, liquid oils and concentrates.

Vita rejected the critical contention that medical marijuana dispensaries could pose a risk to the well-being of children, or other at-risk groups by proliferating a product still classified by the federal government as a Schedule 1 narcotic, similar to heroin and LSD, under the Controlled Substances Act.

“You go on to Craigslist right now, you can order a ‘hamburger’ for $400, and they’ll show up with an ounce of marijuana. The black market is so prolific, so out of control,” Vita said.

He added that medical marijuana dispensaries like Columbia Care offer assurances of safety, quality and oversight for patients who use the product.

There are three medical marijuana dispensaries in Frederick County, five in Anne Arundel County and eight in Prince George’s County.

Under the 2014 law, two dispensaries are allowed in each of the state’s legislative districts.

Montgomery, the most populous county in the region, has the most legislative districts and thus the most dispensaries. Medical marijuana growers’ shops are licensed separately by the state, and some have also chosen to locate in Montgomery County.