Police in Montgomery County have released surveillance images of the suspects in a July 27 armed robbery and are asking for the public's help in identifying them.
(1/4) 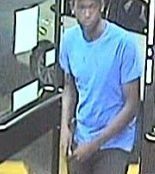 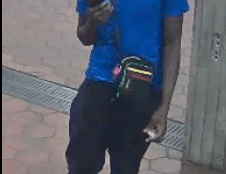 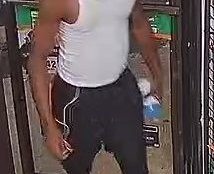 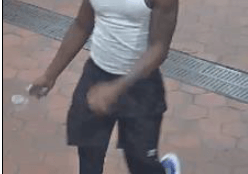 Police in Montgomery County, Maryland, have released surveillance images of the suspects in a July 27 armed robbery and are asking for the public’s help in identifying them.

On July 27, a man and a woman were walking on the 10100 block of Ridgeline Drive in the area of Montgomery Village when two suspects confronted them.

The victims told officers that one suspect had a weapon and assaulted the man and demanded cash. The second suspect assaulted the woman and stole her purse. The two suspects then fled the area.

Detectives later found out that the woman’s credit cards had been used at the Shady Grove Metro station in Rockville and at multiple locations in Suitland.

Anyone with information about the suspects or the armed robbery incident should call investigators at 240-773-5770. Anonymous tipsters can call Montgomery County Crime Solvers at 1-866-411-8477. Crime Solvers will pay a cash reward of up to $10,000 for information that leads to an arrest and/or indictment in this crime.

Below is a map of the area where the armed robbery took place.

In separate cases, 2 Maryland high schoolers are accused of rape