Maryland first responders are ready if needed in Gulf states

Members of Montgomery County Fire and Rescue are prepared to head south, if needed, to respond to the remnants of Tropical Storm Barry that hit the Gulf Coast Saturday.

Members of Montgomery County Fire and Rescue, wearing a second set of hats as a unit of the Federal Emergency Management Agency’s Urban Search and Rescue Task Force, are prepared to head south, if needed, to respond to the remnants of Tropical Storm Barry.

The slow-moving storm, carrying heavy rain, came ashore Saturday and continued to threaten parts of Louisiana and Mississippi with flash flooding and river flooding even after it was downgraded to a tropical storm.

Pete Piringer, a spokesman for Montgomery County Fire and Rescue Service, said the team, which is designated Maryland Task Force 1, has its bags packed and gear assembled at an MCFRS warehouse.

“At this time, the Maryland Task Force 1 is on standby,” Piringer said. “We are prepared, primarily, to dispatch swift water rescue resources, should the need arise. We are fifth or sixth on the nationwide rotation for FEMA Urban Search and Rescue teams.”

The team has a variety of rescue capabilities including search and rescue specialists, paramedics, and structural engineers. Team leaders are in the Gulf states with incident commanders monitoring the severe weather. They will to determine whether Maryland first responders are needed. 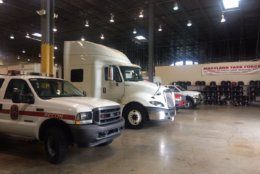 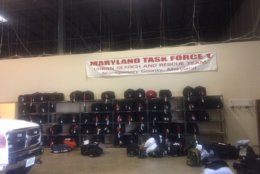 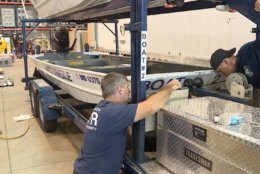