The redesigned outdoor spaces will include murals, a new plaza, public art and a new green-space, according to the development companies.
(1/4) 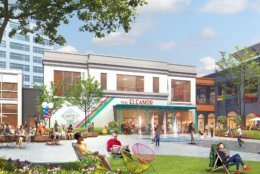 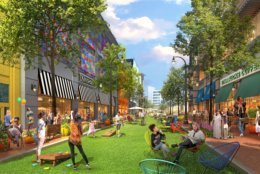 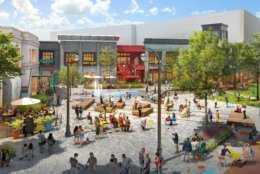 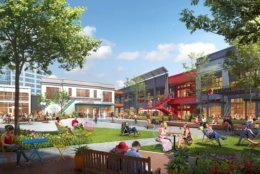 Peterson Cos. and Foulger-Pratt — the companies overseeing the development — announced the investment plans for the re-imagining of the shopping area on Ellsworth Drive and Fenton Street in Silver Spring, Maryland, in a statement Wednesday. The companies built the 440,000-square-foot destination 20 years ago.

The redesigned outdoor spaces will include murals, a new plaza, public art and a new green-space, according to the development companies.

Several restaurants and businesses will open in the redesigned space over the next year.

Among them is the Eleanor, a 7,700-square-foot venue that will be a six-lane bowling alley, bar and grill that will have multiple outdoor patios and more than a dozen arcade games.

Other restaurants that opened or will open in the space include Matchbox Pizza and Locavino, a locally owned wine bar, according the statement.

The companies are banking on Downtown Silver Spring’s growth over the last decade to continue, and have announced an additional 1,000 living units to open in the next 18 months.