Life sentence for Tenn. wife in death of Germantown woman

A Nashville woman who traveled from Tennessee to Germantown to kill her husband's ex-wife has been sentenced to life in prison for her role in the crime.
Listen now to WTOP News WTOP.com | Alexa | Google Home | WTOP App | 103.5 FM
(1/4) 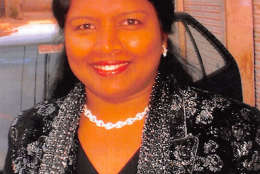 ROCKVILLE, Md. — A Nashville woman who traveled from Tennessee to Montgomery County to kill her husband’s ex-wife has been sentenced to life in prison.

Raminder Kaur, 67, was convicted in November of first-degree murder, conspiracy and a gun charge in the death of Preeta Gabba, 49, who had previously been married to Kaur’s husband, Baldeo Taneja.

Montgomery County Circuit Court Judge Michael Mason noted “the degree of planning and premeditation,” in the murder scheme. “This was no blink of an eye.”

Kaur, who listened to the proceedings through a Punjabi interpreter, shook her head “no” when asked if she wanted to speak before sentencing.

Mason sentenced her to two concurrent life sentences plus five years for her role in the crime.

Kaur and Taneja were angry that he had to pay $2,000 a month in alimony to Gabba, according to prosecutors.

Photos introduced at trial showed Kaur and Taneja purchasing guns together in Nashville two weeks before Gabba was killed as she walked to catch a bus in Germantown on a Saturday morning in 2013. She was found fatally shot near her home.

After sentencing, McCarthy said it was clear Kaur and Taneja planned to kill Gabba.

“They came up here from Tennessee, they traveled 600 miles — it was 600 miles of premeditation,” McCarthy said.

Kaur and Taneja took shooting lessons, and are believed to have traveled to Montgomery County one week before Gabba was killed to observe her Saturday routine, McCarthy said.

After shooting Gabba, Kaur and Taneja checked in briefly at a nearby Amway conference to establish an alibi before returning to Tennessee,McCarthy said.

“In every way you can plan and prepare for a murder, these two did it,” said McCarthy.

Kaur was granted a new trial in 2014, after claiming her public defender was ineffective.

Taneja, who was originally convicted in a joint trial with Kaur, is awaiting a ruling on his own appeal for a new trial. 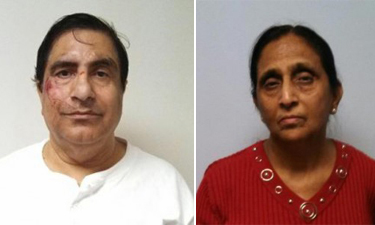