Hours after picking up her 5-year-old son from his last day in kindergarten, a Montgomery County mother forced him to drink a deadly amount of allergy medicine before setting a car on fire to try to hide the crime, prosecutors say.
Listen now to WTOP News WTOP.com | Alexa | Google Home | WTOP App | 103.5 FM

ROCKVILLE, Md. — Hours after picking up her 5-year-old son from his last day in kindergarten, a Montgomery County mother forced him to drink a deadly amount of allergy medicine before setting a car on fire to try to hide the crime, prosecutors say.

And it was out of spite, prosecutors added.

Narges Shafeirad, 34, pleaded guilty to first degree murder for the death of her son, Daniel Dana.

The boy was discovered lying on the floor in the back seat of the car Shafeirad had borrowed from a friend, which was on fire on Sam Eig Highway in Gaithersburg after 3:30 a.m. June 6, 2015.

Shafeirad was suffering from burns when found outside the car, while her son was in the back seat of the car with the doors locked.

Initially she told police she was taking her son to Ocean City, Maryland, and had filled two plastic water bottles with gasoline, because she was unsure if she would be able to find an open gas station along the way.

She said she had lit a cigarette while driving, which ignited the gasoline in the plastic bottles.

An autopsy showed the boy was dead before the fire started, from Diphenhydramine intoxication, said prosecutor Marybeth Ayres in court.

Diphenhydramine is the active ingredient found in many allergy medicines, which have a sedating effect.

“There was so much medicine in his system —two-and-a-half times what would have killed an adult was in Daniel’s blood,” said Ayres, after Judge Nelson Rupp accepted the guilty plea.

Shafeirad had told police she gave her son Tylenol or Advil to lower her son’s fever, but toxicology did not find those medications in the boy’s system, Ayres told the judge.

If the case had gone to trial, Ayres said the prosecution would have shown Shafeirad had intentionally doused her son with accelerant.

“The gasoline was found down Daniel’s underwear, on his pants, on his shirt, on the comforter he had with him in the car, and on his Spiderman backpack,” said Ayres.

Prosecutors told the judge Shafeirad and her estranged husband were due in court the next day, for the final hearing in a contentious custody battle.

After the hearing, Ayres said Shafeirad had recently lost her place to live, and was concerned she would not be able to afford the joint custody that she and the boy’s father, Hamid Dana, had recently negotiated.

“That would have been the theory we would have presented at trial — that she couldn’t handle her life, and could not take care of the child, and did not want to give the child to the father and his new girlfriend,” said Ayres.

Prosecutor Steve Chaikin said Shafeirad has yet to acknowledge the cruelty of her actions.

Judge Rupp said under the plea agreement he would sentence Shafeirad to a maximum of 50 years in prison. 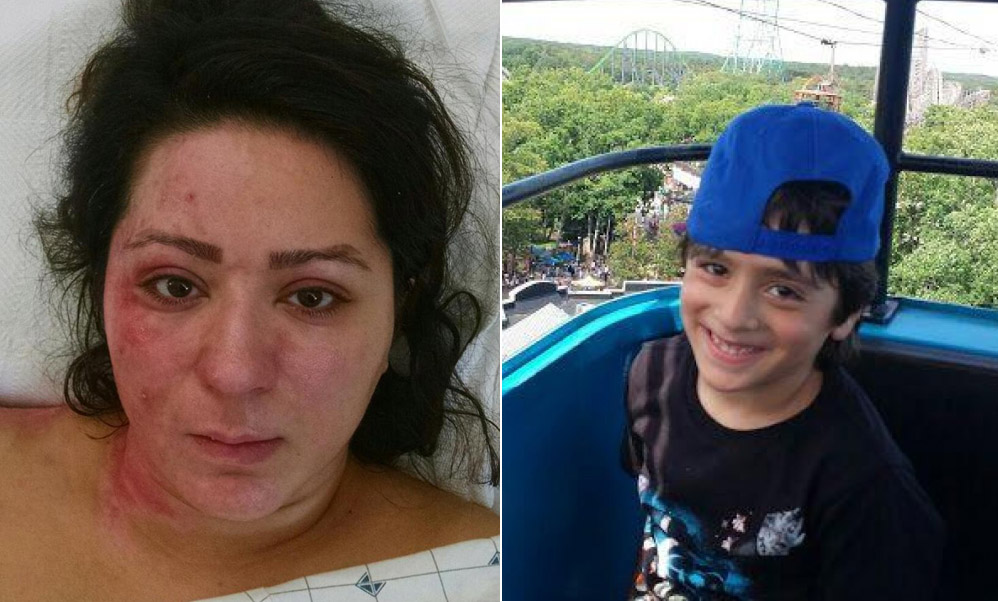