He was about the last thing that the crew at Montgomery County's recycling center was expecting to find at the end of the route, but somehow, a chihuahua survived and now has a new home.
Listen now to WTOP News WTOP.com | Alexa | Google Home | WTOP App | 103.5 FM
(1/9) 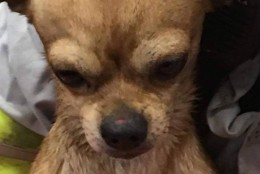 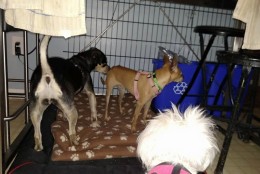 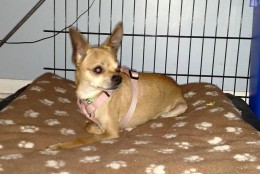 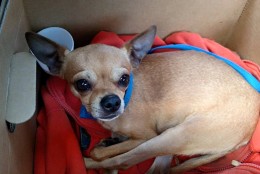 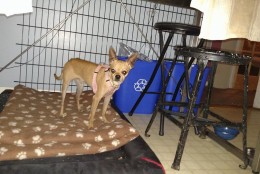 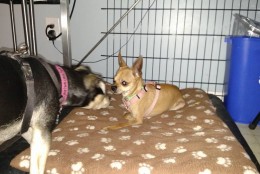 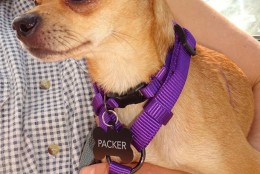 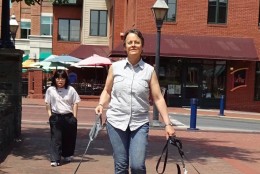 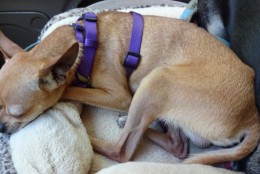 WASHINGTON — He was about the last thing that the crew at Montgomery County’s Recycling Center was expecting to find at the end of the route, but somehow, a chihuahua survived and now has a new home.

On Monday morning, a packing truck dumped something unusual on the sorting line at Montgomery County’s Recycling Center — a chihuahua. Center Manager Mark Wheeler couldn’t believe he survived the trip.

“There wasn’t glass bottles or things in there that could have cut the dog. He must have found himself within a large cardboard box because sometimes cardboard doesn’t completely crush up,” Wheeler said.

Except for a scrape on his nose, the dog seemed unhurt from the packing truck loaded with paper products.

“Their routes are big and they’re trying to get everything they can picked up, so they’ll pack the daylights out of the trucks literally,” said Wheeler, questioning how the dog was able to get air.

While deciding what to do, Wheeler called his wife Johnna, a veterinarian and animal nutritionist.

“I called her and I said, ‘Do you think we could do another dog?’ And I told her the story real quick and she said, ‘Yeah. Sure. Bring him home,'” Wheeler recalled.

Wheeler and his wife already have two other rescued dogs in their Frederick house. He said the dog seemed skittish around people and did not like to be handled.

The adult male chihuahua they named Packer then got a trip to the vet, where they could not find any sign of a microchip. The professional agreed with Wheeler’s wife — that based on his age and behavior, Packer was likely a stud in a puppy mill someone discarded.

“One of my friends said, ‘I get mad to think someone would throw it in trash.’ And I said, ‘He was thrown in the recycling so he’s a recycled dog,'” Wheeler said.

Wheeler has worked at the recycling center near the Shady Grove metro for 14 years and said he has never seen a dog come into the center before.