ROCKVILLE, Md. — Montgomery County school buses will stay parked right where they are, for now.

The Montgomery County Council held a hearing on where to locate a new bus lot for the school system, but concluded that there is no clear best site at the moment and delayed a decision.

Tuesday’s hearing was packed with county residents whose neighborhoods could end up adjacent to the new bus lot. The locations under consideration include sites on Westmore Avenue, Avery Road and a third at the county’s Carver Center, which is home to the Board of Education.

The council plans to consider next week whether to retain property near Shady Grove Metro Station where the buses currently are stored, and asked that the county Department of General Services work with the county school system to come up with alternative sites for the buses by the fall.

The school system has been under pressure to move its bus fleet since the 45-acre parcel of land called Jeremiah Park on Crabbs Branch Way was slated for redevelopment as part of the Shady Grove Sector Plan.

Councilmember George Leventhal noted that the development plan garnered his vote initially because he supports the transit-oriented development. But he had reservations at the time because of the bus depot.

“My strongly held view then was absolutely correct: We didn’t know where we were going to put these undesirable uses and we still don’t. And in hindsight, that plan was unwise,” Leventhal said.

Residents cheered and booed at various comments throughout the hearing, holding signs that read “We’re Fuming” and “No more idling, this is exhausting!”

“No one is here to oppose making better use of land near a Metro station. But you have got to find legitimate light industrial sites to absorb those uses,” said Erik Ledbetter, who said he lives 100 feet from the Carver Center, where at least part of the bus fleet could be parked.

The arguments from Ledbetter and other opponents resonated with Councilmember Sidney Katz who said that none of the three proposed sites were viable options.

Councilmember Roger Berliner, also a supporter of transit-friendly development, agreed that there appeared to be no good alternatives.

“We’re taking buses away from new development opportunities and putting it in established neighborhoods — what kind of trade-off is this?” Berliner said.

The crowed booed Councilmember Craig Rice when he warned that the buses would have to go somewhere, and that residents might have to learn to live with school buses parked in their neighborhoods.

He noted that Clarksburg has a bus depot that’s right next to townhomes. “And the townhomes came after the bus depot. And all of those townhomes are occupied and filled by residents and they enjoy their way of life there.”

Wrapping up the meeting, Council President Nancy Floreen said that no matter what the council would ultimately decide, some community would not be entirely happy.

Referring to the packed hearing room, Floreen said, “We can have this room filled every day with a different group of neighbors—we can count on that.” 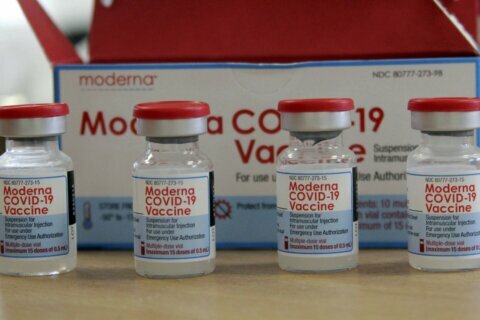