WASHINGTON — Up to 100,000 workers in Montgomery County don’t have paid sick leave.

On Thursday, the Montgomery County Council Committee on Health and Human Services voted 3-0 to send a bill that would cover those workers on to the full council for a vote.

Under bill 60-14, employers in Montgomery County would be required to give seven paid days off that could be used for sick leave. The bill also provides leave for people dealing with domestic violence, including paid time off for court appearances.

If passed, the bill would make Montgomery County the first county in the state to require businesses to grant the benefit of paid sick time to workers. Legislation on similar bills failed in the Maryland General Assembly.

During discussions on the bill, Montgomery County Council member Craig Rice says there have been concerns about the impact on businesses and whether the bill, if enacted, would put the county at a competitive disadvantage. Rice says the committee members believe that they’ve come up with a bill that’s flexible enough to deal with employer’s issues: companies that already offer paid time off won’t be affected, and current collective bargaining agreements won’t be affected by the bill.

Initially the bill was to go into effect Oct. 1, 2015, but the committee changed that to October of 2016, noting that many companies had already budgeted for the coming fiscal year. 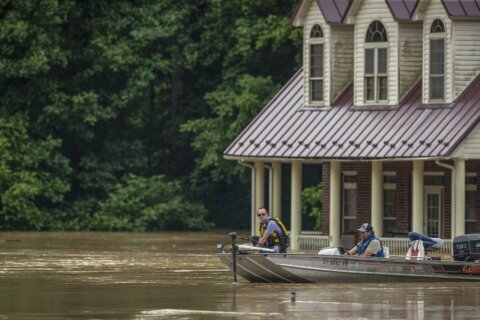