WASHINGTON – Investigators have named a second person of interest in the disappearance of two Montgomery County sisters who have been missing for almost 40 years.

Thursday officials also said that they plan to convene a special investigative grand jury that could help resolve the long cold case.

Montgomery County Assistant Police Chief Russ Hamill says that investigators are asking for more information about Richard A. Welch Sr., the uncle of the man previously identified as a person of interest in the Lyon sisters disappearance.

Police believe that Welch Sr. was a security guard in the Wheaton, Maryland, area during the 1970s, Hamill says.

Sheila, 12, and her sister 10-year-old Katherine Lyon went to Wheaton Plaza for lunch in 1975 and were never heard from again.

Hamill believes there’s a high chance that the sisters were likely buried on a mountainside outside of the town of Bedford, where investigators have been searching for the past two weeks for any evidence related to the girls’ disappearance. Neither the girls nor their remains have been found, he says.

Both Welch Sr. and his nephew, Lloyd Lee Welch Jr., the convicted sex offender who police believe had contact with the girls the day they disappeared, have ties to property on that mountain.

Police have said previously that they wanted information about any security guards who worked at the mall at the time the girls went missing, specifically a captain who may have had contact with Welch Jr.

Police also want to know more about the older Welch’s employment and asked that anyone in either Bedford or Montgomery counties to contact law enforcement with any information regarding either Welch.

“There’s people out here in these communities that know what what happened back then and that carry it with them today,” Hamill says. “They’ve waited nearly 40 years. It’s their responsibility to step forward and be honest about what occurred and bring closure to this matter.”

Tips and new leads have brought police to Bedford. But officials have not released details about what specific information led them to the small community that lies more than four hours southwest of Wheaton.

“We’re further along now, closer to a resolution than we’ve ever been,” Hamill says. “It’s progressed a great deal.”

And the investigation could take another leap forward with the help of a grand jury, says Randy Krantz, the Bedford County commonwealth’s attorney.

Krantz has convened an investigative, multi-jurisdictional grand jury that will begin hearing testimony and evidence at 9 a.m. Friday. They will likely meet for several days, he says.

The grand jury can require witnesses to testify under oath and can also subpeona witnesses, documents and records. Krantz emphasized that the court can hold witnesses in contempt for defying the grand jury’s authority, he says.

EDITOR’S NOTE: This story has been corrected to reflect the Lyon sisters’ age. 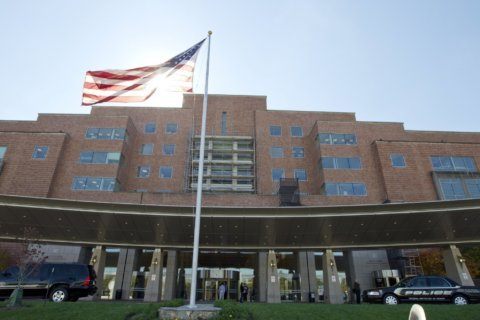