MILWAUKEE (AP) — New York Yankees reliever Aroldis Chapman is back from the injured list after missing nearly a month due to a leg infection he sustained from a tattoo.

The AL East-leading Yankees activated Chapman on Friday before a three-game series at Milwaukee. They designated right-hander Ryan Weber for assignment.

Chapman, 34, is 2-3 with a 4.70 ERA and nine saves in 36 appearances this season. The seven-time All-Star was replaced as the Yankees’ closer this season after missing nearly six weeks with tendinitis in his left Achilles.

Chapman hasn’t pitched for the Yankees since Aug. 19. He made one-inning appearances for Double-A Somerset on Monday and Wednesday.

“I thought he looked really good in his rehab outing the other day,” Yankees manager Aaron Boone said. “He’s got to earn certain spots in there and try to get it in there. Hopefully he can be successful and throw the ball like he’s capable of, because physically it’s there.”

Right-hander Luis Severino is expected to return Wednesday when the Yankees host Pittsburgh. Severino, who went on the injured list July 14 with a right lat strain, threw 56 pitches and worked 4 1/3 innings in a rehabilitation assignment with Triple-A Wilkes-Barre on Thursday.

“He can match up with a lot of other really good pitchers in the league,” Boone said. “To get him back at this time is hopefully going to be something that’s big for us.”

Reliever Scott Effross threw to hitters on Friday, with first baseman Anthony Rizzo taking some swings. Boone said Effross will probably pitch for Wilkes-Barre on Sunday and could get activated afterward. Boone added there’s a chance Rizzo could get activated Sunday.

Effross went on the injured list Aug. 22, retroactive to Aug. 21, with a right shoulder strain. Rizzo hasn’t played since Aug. 30 and has been dealing with headaches from an epidural injection.

Boone said center fielder Harrison Bader will play games Saturday and Sunday as part of his rehabilitation assignment. Boone said the Yankees will then decide whether Bader should get activated Tuesday or play one more minor league game.

Bader has been dealing with plantar fasciitis and hasn’t played in the major leagues since June 26 with St. Louis. The Yankees acquired the Gold Glove winner in an Aug. 2 trade that sent left-hander Jordan Montgomery to the Cardinals.

“We’re getting a premium, maybe the best defensive center fielder in the league,” Boone said. “That’s what we’re looking forward to getting. He’s got pop, too. I think we’re adding a significant player to our lineup.” 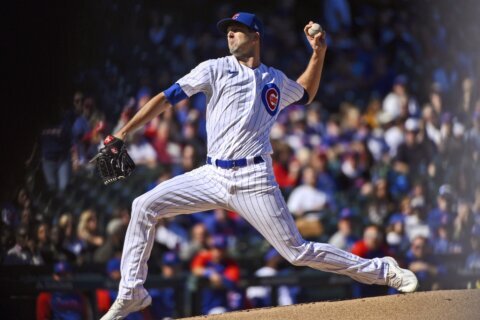 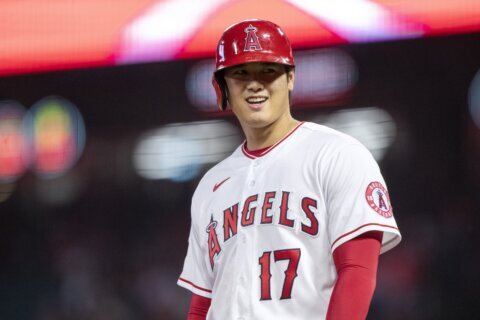 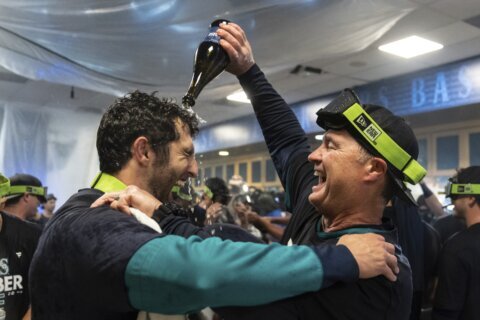