MIAMI (AP) — Manuel Margot fell short with a chance to help the Rays take the lead in the eighth inning. Given another opportunity in the 10th, he came through.

Margot hit a go-ahead single in the top of the 10th and prevented a run by tracking down a flyball to deep center in the bottom half, leading Tampa Bay past the Miami Marlins 2-1 on Wednesday night.

In the eighth, Margot popped out on a sacrifice bunt attempt. He came up in the 10th after the Marlins intentionally walked Yandy Díaz and hit a line-drive single to right field against Miami reliever Tommy Nance (0-2) that drove in automatic runner Yu Chang from second.

“That’s why I love this game so much,” Margot said. “If you don’t succeed at that moment, then the next day or even the next at-bat you have another opportunity. Not able to do anything for eight innings, then to make a difference with that hit.”

Jason Adam (2-2) pitched a scoreless ninth and Jalen Beeks got three outs in the bottom of the 10th for his second save. Margot, who had just switched from right to center field, tracked down Charles Leblanc’s drive to the warning track and made a leaping catch.

“I didn’t think it was going over,” Margot said. “He hit it well but not enough to get it over. I knew I had to chase it and collide with the wall.”

Beeks then struck out Peyton Burdick and retired Joey Wendle on a groundout.

“We all know what the standings are right now,” Rays manager Kevin Cash said. “Everybody’s kind of clumped together. We just have to keep winning. Seems like the teams around us are doing the same thing. Very encouraged with our month of August and like to see that carry into the next series.”

Drew Rasmussen worked six innings for Tampa Bay, allowing four hits and one run — a homer by Jon Berti in the sixth that made it 1-1.

“Obviously would have preferred to keep them off the board,” Rasmussen said. “If you look at it, our offense scratched and clawed for that run, and then to immediately give it back kind of pigeonholed us into going to the bullpen. Where, if I get through that sixth inning clean, I’m pretty sure I get to go out for the seventh.”

Marlins left-hander Trevor Rogers made his first start since July 25, when he went on the injured list with lower back spasms. He also allowed one run in six innings. He matched his season high for innings pitched.

“It felt awesome,” Rogers said. “It’s something I’ve been searching for and working so hard for all year. I was just happy to go out and compete again and not have to think about any mechanical stuff.”

An RBI double by Ramírez put the Rays on top 1-0 in the sixth. Berti sent Rasmussen’s slider over the left field wall to tie it. Berti left the game because of right hip soreness after the eighth.

The Marlins had two on with one out in the eighth after Leblanc led off with a single and Wendle walked. But Colin Poche got out of the jam, inducing two grounders.

Miami again couldn’t capitalize in the ninth after Adam walked Garrett Cooper and Jacob Stallings with one out. Lewin Díaz grounded into a double play.

Miami Dolphins All-Pro cornerback Xavien Howard, wearing a Marlins jersey with his No. 25 on it, threw out the ceremonial first pitch.

Rays: All-Star left-hander Shane McClanahan was placed on the 15-day injured list because of a left shoulder impingement. Cash said the Rays are optimistic that their ace will not have to miss significant time. … INF/OF Brandon Lowe was placed on the 10-day IL, retroactive Aug. 28, with a right triceps contusion.

Marlins: INF Miguel Rojas was a late scratch because of right wrist discomfort.

Rays: Have not announced a starter for the opener of a three-game home series against the New York Yankees on Friday.

Marlins: RHP Sandy Alcantara (12-6, 2.13) will start the opener of a three-game series at Atlanta on Friday. 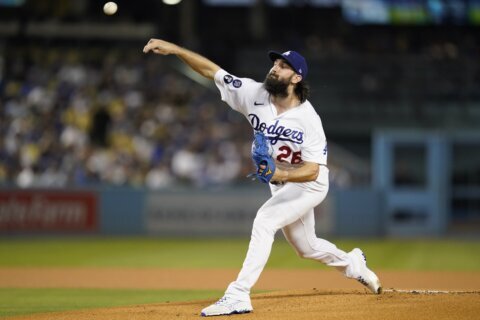 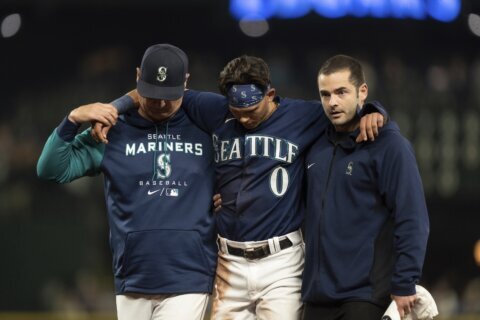