Albert Almora Jr. had three hits, including two doubles, in his first game off the injured list. Joey Votto walked twice and singled for the Reds, who won their third in a row as they began a four-city, 10-game trip.

Cincinnati outfielder Tommy Pham was in the original lineup, then removed and traded to Boston for a player to be named or cash.

“Tommy Pham, just a great guy on this team,” Reds manager David Bell said. “He handled everything great from Day 1 that he got here. I do believe he’s going to finish strong. I’m very happy for him from that standpoint.”

Miami has lost eight straight home games and 11 of 15 overall.

Greene (4-12) struck out eight and walked none. He had been 0-5 in eight starts since beating Arizona on June 6.

“I felt all my pitches were on. They all felt great,” Greene said. “When all those things come together, I’m not going to say easy, but it helps a lot.”

For Greene, facing the same opponent in consecutive starts is another step in his learning curve. Greene allowed two runs in 6 2/3 innings against Miami on July 26.

“Knowing how to approach a team when you just saw them or having to face two or three more times, that’s just the reality in the game,” Greene said.

Three batters reached against Greene, who topped 100 mph with six pitches and averaged 98.6 mph with his fastball. Charles Leblanc singled off the 22-year-old right-hander with one out in the third, and Green hit a pair of batters with pitchers, Jesús Sanchez in the fifth and Stallings in the sixth.

Jesús Luzardo (2-4) gave up two runs and three hits in five innings and struck out five. It was the first big league outing since May 10 for the 24-year-old lefty, who had been sidelined by a left forearm strain.

“It was amazing to be back on the mound,” Luzardo said. “A couple of months ago, I didn’t know where I would be in terms of health. The first week (after the injury) was extremely frustrating, and then I stopped feeling sorry for myself.”

Almora played his first big league game since July 10 following a stint on the COVID-10 injured list and broke an 0 for 17 slide with a two-run double in the second that landed on the right-field warning track.

Jonathan India’ added a two-out RBI single in the seventh against Steven Okert.

Matt Reynolds learned that he would replace Pham in the lineup 15 minutes before the game. And when he took left-field, Reynolds was quickly tested as he caught Joey Wendle’s flyball to leadoff the first.

“That’s the way baseball works,” Reynolds said. “I swear. once you get thrown into the game, the ball finds you.”

Reds: Reinstated Hunter Strickland from the bereavement list. OF Stuart Fairchild and RHP Ryan Hendrix were optioned to Triple-A Louisville.

Reds: C Tyler Stephenson (broken right clavicle) was transferred to the 60-day injured list. … INF Max Schrock was expected to join the club on its taxi squad for the series in Miami before he fractured his right kneecap in a game Saturday at Louisville. 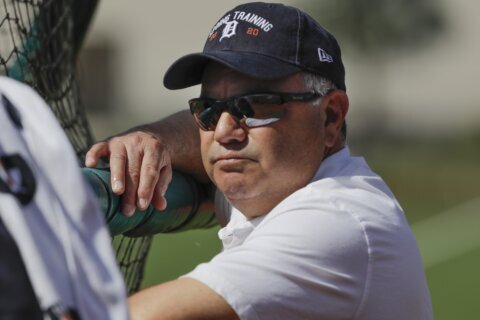 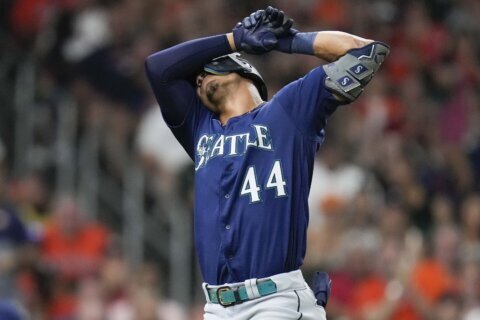