“I grabbed him and said, ‘Hey, man, you’re a big leaguer,’” Red Sox manager Alex Cora said. “He had a big smile. He actually thought he was going to have the fifth, but I thought it was enough, 80-something pitches, first big league start, it was a lot of hard work. We’ll see what we do next, but just happy that he was able to get out there and enjoy this. Obviously he’s disappointed with the results, but at the end of the day, he’s a big leaguer, and we’re proud of him.”

Randy Arozarena had a two-out, two-run double in the third against Bello, and Kevin Kiermaier had another run-scoring double to make it 4-0. Arozarena added a solo homer in the ninth off Tyler Danish.

Kluber (4-5) allowed three hits with no walks and five strikeouts.

“I felt good,” Kluber said. “Some good plays behind me on defense. I thought (catcher Francisco Mejia) did a great job calling a good game, keeping them off balance. And there was a couple of situations there when I needed to, I was able to execute some pitches.”

Yandy Diaz doubled with one out in the first for the Rays and scored on Wander Franco’s single.

Tampa Bay extended its lead to 6-1 in the sixth against Hirokazu Sawamura on Lowe’s run-scoring double and a bases-loaded walk by Ji-Man Choi.

“Kluber set the tone for us,” Tampa Bay manager Kevin Cash said. “A lot of strikes, a veteran pitcher that knows how to attack. I think he finished with over 70% strikes thrown. With his stuff in the zone, it’s going to create some issues for any offense and certainly the Red Sox are a very talented group.”

J.D. Martinez had an RBI single for Boston in the eighth.

Rays: INF/OF Brandon Lowe, out since May 16 with low back discomfort, is expected to begin a rehab assignment by playing designated hitter for Triple-A Durham on Thursday.

Red Sox: LHP Chris Sale, out all season with a stress fracture in his right rib cage, made what could be his last rehab start, allowing one run on three hits and five walks with five strikeouts in 3 2/3 innings for Triple-A Worcester. … 3B Rafael Devers was out of the lineup with a sore back and a sore right hamstring. … CF Kiké Hernández, out since June 8 with a right hip flexor strain, is expected to start a rehab assignment on Friday. … LHP Josh Taylor, out all season with a low back strain, also made a rehab appearance for Worcester, striking out three in one inning. … LHP Rich Hill, sidelined with a left knee sprain, threw from flat ground. … RHPs Nathan Eovaldi, out since June 9 with low back inflammation, and Garrett Whitlock, out since June 9 with right hip inflammation, could start rehab assignments soon, manager Alex Cora said.

INF Yu Chang, claimed off waivers from the Pittsburgh Pirates on Tuesday, is expected to join the Rays for the start of their three-game series at Cincinnati on Friday. After the game, the Rays optioned INF Vidal Bruján to Durham.

Rays: Left-hander Shane McClanahan (9-3, 1.74 ERA) is set to make his first career appearance against the Reds on Friday, opposed by right-hander Luis Castillo (3-4, 3.09).

Red Sox: Start a four-game series against the rival New York Yankees on Thursday with rookie Josh Winckowski (3-2, 3.12) facing Gerrit Cole (7-2, 2.99). Winckowski will pitch against the Yankees for the first time. 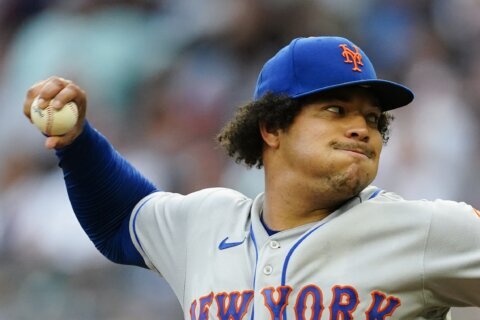 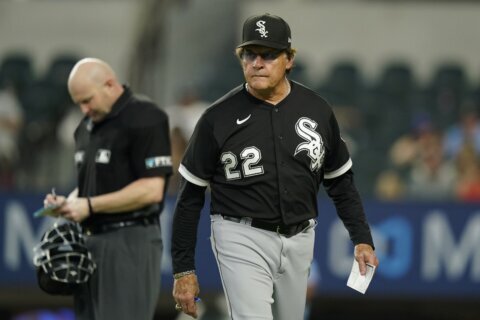