Romo and Elías were designated for assignment, Giles was activated from the 60-day injured list and Padlo was recalled from Triple-A Tacoma.

Seattle has lost seven of its last nine games and is fourth in the AL West at 29-39, 13 games behind first-place Houston.

Romo, a 39-year-old right-hander known for his long beard, had an 8.16 ERA in 17 relief appearances and spent a month on the injured list with right shoulder inflammation. He allowed home runs to the Los Angeles Angels’ Mike Trout on Thursday and to the Angels’ Jared Walsh on Saturday.

Giles a 31-year-old right-hander, sprained his right middle finger during spring training and went 0-1 with a 14.21 ERA during eight games of a rehabilitation assignment at Class A Everett and Triple-A Tacoma.

Giles punched himself in the face after allowing a go-ahead, ninth-inning home run to the Yankees’ Gary Sánchez in 2018.

Padlo, 25, was traded from Seattle to San Francisco for cash on April 27, then claimed off waivers fro the Giants on June 11. He has appeared in 14 major league games over the past two seasons for Tampa Bay, Seattle and San Francisco and was 2 for 12 in four games for the Giants this year. 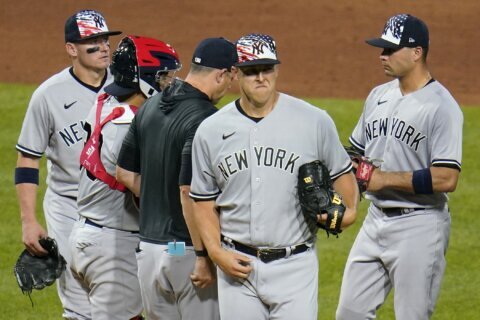 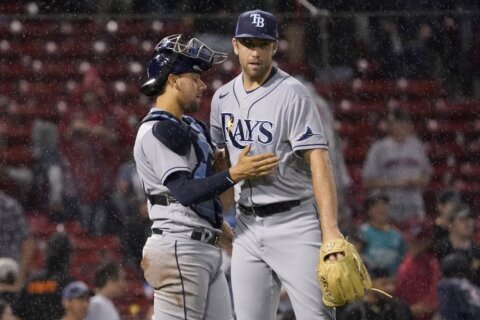 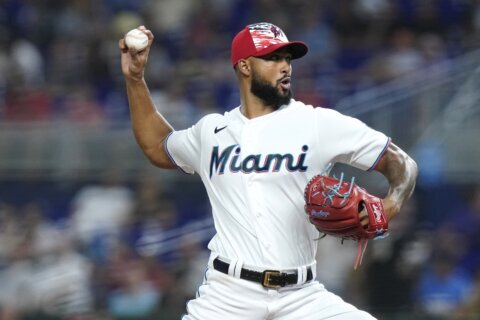