Pittsburgh bounced back from nearly being no-hit by St. Louis’ Miles Mikolas in the second game of a doubleheader a night earlier.

“This is just not another win,” Pirates manager Derek Shelton said. “This is a win we needed. We’re a young club. We’ve got to find ways to win games.”

Reynolds, who also tripled and scored, hit his 11th homer of the season after Tucupita Marcano singled with two outs off reliever Andre Pallante (2-1).

“It’s nice to step up when your team needs you,” Reynolds said. “Any way to get a win after a streak like we were on. I was happy with this road trip in the box compared to what it has been.”

Reynolds had six multi-hit games during the Pirates’ eight-game trip, batting .536 (15 for 28) in that span.

Wil Crowe (3-3) threw two scoreless innings in relief, and David Bednar picked up his 11th save by pitching the final 2 2/3 innings.

“I’ve learned to take it one out at a time as cliche as that is,” Bednar said. “I was trying to be efficient and finish the game. I’m glad they have the confidence in me to go out there and let it rip.”

Shelton said he didn’t plan for Bednar to get the final eight outs, but that’s how it worked out.

“We picked the leverage situation of where he was at and then he was fairly efficient,” Shelton said. “We’re talking the heart of their order in the ninth. He did a nice job. He’d only thrown twice in the last seven or eight days.”

Jack Flaherty made his first appearance of the season for the Cardinals, who lost for the second time in their past nine home games. The 26-year-old right-hander started and threw 60 pitches, his limit, over three innings, allowing four runs, two earned, and three hits.

“My command was terrible,” Flaherty said. “I was not as sharp as I had been. You want to go out and pitch well. You need one like this every so often. You don’t want them but you need games like this.”

Flaherty had been sidelined with a shoulder injury. His last start was on Sept. 24 against the Cubs in Chicago. His last appearance came in relief on Oct. 3, and he was excited to be back on the mound.

“That was about as juiced up as I’d been,” Flaherty said. “I had to catch my breath and slow down there. Usually I keep that under wraps pretty well. I had to gather myself. I don’t know where that came from.”

Pittsburgh scored twice against Flaherty in the first inning. Reynolds tripled and scored on a groundout, and Cal Mitchell’s RBI single made it 2-0.

The Pirates added two unearned runs in the second. Flaherty threw wildly to first on a sacrifice bunt by Tyler Heineman that scored Canaan Smith-Njgba. Hoy Park bunted for a hit but catcher Yadier Molina’s errant throw to first allowed Heineman to score.

Dylan Carlson put St. Louis on the board with a second-inning homer.

The Cardinals tied it 4-4 in the fifth on Brendan Donovan’s two-run double and Tyler O’Neill’s fielder’s-choice grounder. Donovan finished with three hits and was hit by a pitch.

The Pirates made two errors and have 52 this season, tying Colorado for the most in the majors. Pittsburgh made eight errors in its three games at St. Louis, its most in a series since 2012 when it made eight in three games against the Chicago Cubs.

Cardinals second baseman Nolan Gorman made a one-handed grab of Michael Chavis’ grounder that took a high bounce off the bag and threw fluidly to first to end the third inning.

Cardinals: C Ali Sanchez was designated for assignment and LHP Packy Naughton was optioned to Triple-A Memphis while Flaherty was activated from the injured list. … LHP Matthew Liberatore, the 27th player added for Tuesday’s doubleheader, was sent back to Memphis.

Cardinals: Cardinals: OF Corey Dickerson (calf muscle) has begun sprinting and running the bases. … LHP Steven Matz (shoulder) might throw for the first time on Thursday. … RHP Jordan Hicks (forearm) has started throwing bullpen sessions to get ready for a rehab assignment.

Cardinals: At Boston on Friday, with veteran RHP Adam Wainwright (5-4, 2.84) making his second career regular season start against the Red Sox and first at Fenway Park. He started twice against Boston during the 2013 World Series. 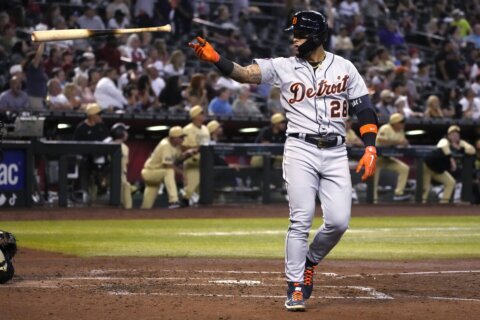 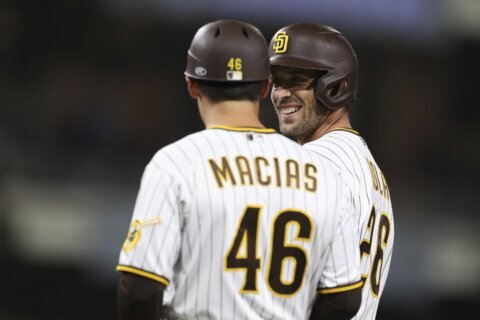 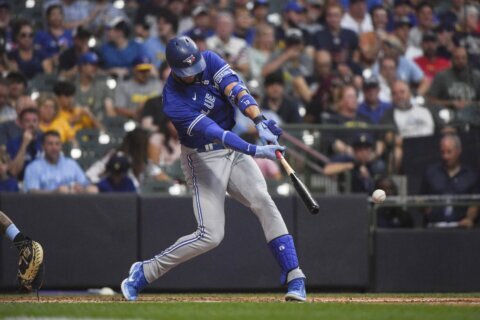