A pair of Cy Young Award winners are on the mound when Corbin Burnes and the Milwaukee Brewers visit Blake Snell and the San Diego Padres in a matchup between two of the National League’s top teams.

Last year’s NL Cy Young winner, Burnes is 1-2 with a 2.26 ERA in eight starts this season. Snell, who won the AL prize in 2018, made his season debut last Wednesday after returning from a groin injury and lasted 3 2/3 innings in a 3-0 loss at Philadelphia.

Milwaukee placed starter Freddy Peralta on the 15-day injured list Monday with a right lat strain and put All-Star closer Josh Hader on the family medical emergency list. The moves came as the Brewers began an 11-game, 10-day road trip, their longest of the season.

The two Florida cities just faced off on the ice as well — the two-time defending Stanley Cup champion Tampa Bay Lightning closed out a four-game sweep of the Florida Panthers in their NHL playoff series Monday night.

RETURN OF THE NOT-SO-ANCIENT MARINER

Seattle is optimistic 2020 AL Rookie of the Year Kyle Lewis is ready to rejoin the big league club.

Mariners manager Scott Servais said Monday that Lewis was on his way to Seattle to be examined by the team’s medical staff with the hope he would be activated Tuesday.

The 26-year-old Lewis was limited to 36 games last season due to a knee injury. Initially, the Mariners thought Lewis would be ready at the start of spring training, but his recovery was slowed and Lewis just completed a 20-day rehab stint at Triple-A Tacoma. He was the designated hitter for nearly every game and would likely step into that role with the Mariners.

“Doesn’t mean he won’t get back in the outfield at some point this year, but for where we’re at right now and his anxiousness to get back and be a contributor here, thought it was best to try and get him to fill the DH spot as quick as we could,” Servais said.

The Cardinals will be without veteran catcher Yadier Molina again when they take on Kevin Gausman (3-3, 2.52 ERA) and the Toronto Blue Jays in the finale of a two-game interleague series.

St. Louis placed Molina on the bereavement list Monday and also announced that right-hander Alex Reyes will have shoulder surgery later this month.

The 39-year-old Molina must miss at least three games and a maximum of seven. He is batting .239 with two homers and eight RBIs in 26 games in what likely will be his final big league season.

His son injured his arm playing baseball in Puerto Rico and was expected to have surgery Tuesday morning.

Rookie catcher Iván Herrera was recalled from Triple-A Memphis. The 21-year-old Herrera is one of the organization’s top prospects. 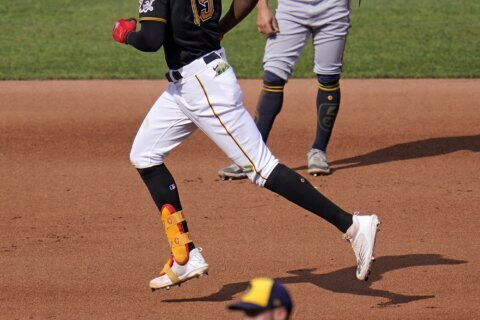 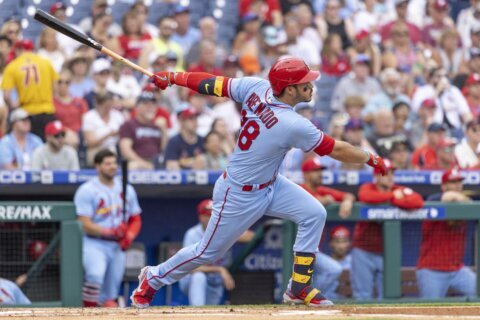 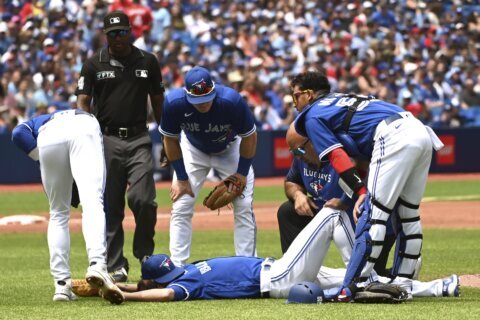