A look at what’s happening around baseball Saturday:

The Twins are hoping for good news on Byron Buxton after he injured his knee Friday and was sent for an MRI.

The Platinum Glove-winning center fielder slid late into second base in the first inning of an 8-4 win at Boston. His left leg appeared to get caught underneath him while his right foot slammed into the bag.

The 28-year-old has been among the game’s best players in recent years when healthy — and unfortunately for the Twins, that’s rarely been the case. He batted .306 with 19 home runs in 61 games in 2021 but was limited by a broken hand and a right hip strain.

Buxton signed a $100 million, seven-year deal to remain a Twin long-term over the winter. He was off to another powerful start this season, slugging three homers over seven games.

The Mets are without outfielders Brandon Nimmo and Mark Canha after one of New York’s coaches tested positive for COVID-19. Nimmo and Canha were added to the injured list prior to Friday’s home opener against Arizona.

The team did not say whether Nimmo and Canha tested positive. Manager Buck Showalter would not say whether either player is vaccinated against COVID-19, but did acknowledge the rules for returning to the roster under baseball’s new labor agreement are different for players who are vaccinated versus those who aren’t.

Meanwhile, the Athletics placed outfielder Stephen Piscotty on the COVID-19 injured list and put catcher Austin Allen and left-handers A.J. Puk and Kirby Snead on the restricted list before Friday’s game in Toronto. To enter Canada, the Canadian government requires a person must have received a second COVID-19 vaccine dose — or one dose of Johnson & Johnson — at least 14 days prior to entry.

Players sidelined by COVID-19 vaccine issues are not paid and do not accrue major league service time while on the restricted list.

Reds rookie fireballer Hunter Greene is set for his second big league start, this time against the Los Angeles Dodgers.

The 22-year-old right-hander delivered 20 fastballs at least 100 mph in his debut Sunday against the World Series champions Atlanta Braves, striking out seven over five innings of three-run ball.

Baltimore left-hander John Means could be out a while after being added to the 10-day injured list with a left elbow strain.

Means will have additional tests for what manager Brandon Hyde described as a forearm muscle strain.

Last year, Means was a bright spot on a Baltimore staff that ranked last in the majors in ERA. He went 6-9 with a 3.62 ERA and threw a no-hitter at Seattle in May. 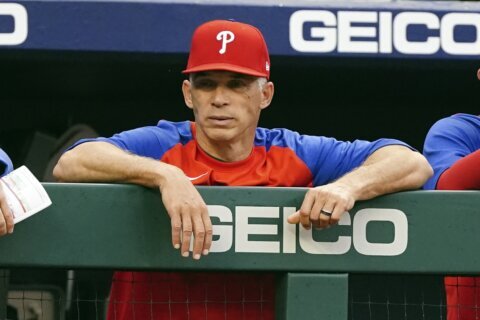 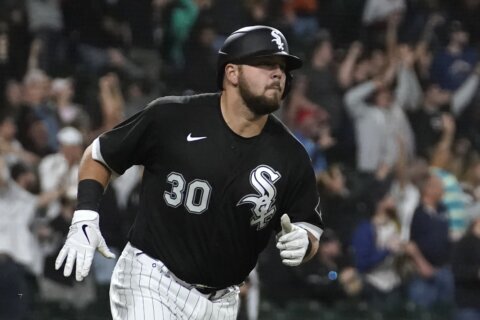