ST. LOUIS (AP) — Cardinals star Nolan Arenado and pitcher Génesis Cabrera have been suspended for their actions during a benches-clearing fracas Wednesday against the New York Mets.

Arenado has been banned two games and Cabrera one game, and both have been fined undisclosed amounts. Their punishments were announced Thursday by Michael Hill, Major League Baseball’s senior vice president for on-field operations.

Arenado is appealing his decision and was set to play third base and bat fourth for St. Louis against Arizona on Thursday night. Cabrera will serve his ban Thursday after pitching two innings during the 10-5 win over the Mets on Wednesday.

Arenado ducked his head out of the way of a high fastball from Mets reliever Yoan López in the eighth inning Wednesday and shouted at the mound. Arenado tossed aside catcher Tomás Nido as players from both dugouts rushed onto the field.

Cabrera grabbed Mets slugger Pete Alonso by the collar during the melee, contributing to a fall that at first appeared to be a tackle by Cardinals first base coach Stubby Clapp. Clapp was ejected by umpires but not punished by MLB.

Arenado is off to one of the best starts of his career. He leads the NL in slugging percentage at .703. He is second in hitting with a .375 average and tops the Cardinals in all three Triple Crown categories.

No punches were thrown in the scrum.

López was fined an undisclosed amount by MLB for the pitch, which came an inning after Mets hitter J.D. Davis was plunked on the foot — New York’s MLB-leading 19th batter hit this season and the fourth in two games against St. Louis. López was high-fived by teammates when he returned to the dugout.

Pitchers Jack Flaherty of the Cardinals and Taijuan Walker of the Mets were also fined undisclosed amounts for joining the brawl while on the injured list. 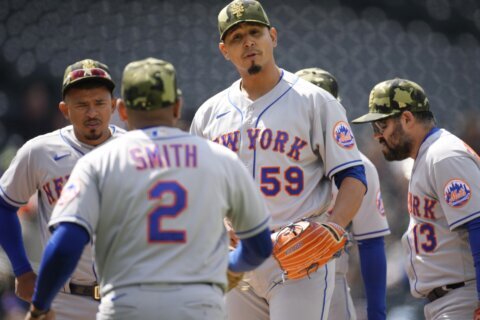 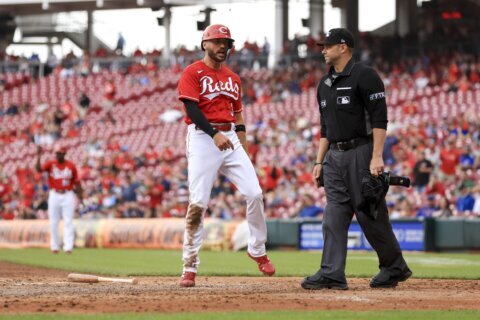