TAMPA, Fla. (AP) — Toronto Blue Jays pitching coach Pete Walker apologized Saturday after being arrested on a charge of driving under the influence a day earlier.

“There was a traffic incident on Thursday night that I was involved in,” the 52-year-old Walker told reporters Saturday. “I’m very apologetic to the Blue Jays organization, Blue Jays fans and my family.

The Blue Jays said they were gathering information and wouldn’t comment further “out of respect for the legal process.”

Walker was with the Blue Jays in Tampa, Florida, when they beat the New York Yankees in Grapefruit League play 10-9 on Saturday.

He has been with the organization as a coach since 2009, taking over as pitching coach in November of 2012. He pitched for the Blue Jays from 2002-06. 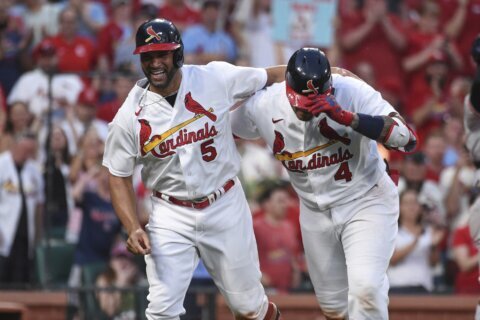