PITTSBURGH (AP) — Arizona Diamondbacks left-hander Caleb Smith has been suspended 10 games and fined an undisclosed amount for having a foreign substance on his glove during a game last week.

Smith’s suspension, announced on Tuesday, is the second this season as Major League Baseball cracks down on pitchers using sticky substances to get a better grip on the ball. Seattle’s Hector Santiago had his 10-game suspension issued last month upheld after an appeal.

Smith has elected to appeal his suspension, which was scheduled to begin when the Diamondbacks played at Pittsburgh Tuesday night.

“For me, of course I’m frustrated,” Diamondbacks manager Torey Lovullo said. “I’m hurt when the player hurts. That’s how I wear it. I’m emotionally attached to these guys. With Caleb, I think he’s extremely frustrated. He’s frustrated because he’s been accused of some wrongdoing that he thinks is not justified. That’s why I think he wants to appeal. He wants to be heard. He wants to get his story out there.

“Everybody wants to be heard. I think Caleb just wants to talk to Major League Baseball, tell them what was going on. Obviously, that will happen through the appeal process.”

Lovullo said he did not know when the appeal would take place.

“Caleb will ready himself the best way he knows how, like I said, to get heard,” Lovullo said. “Where that happens? I don’t know. Where and when that happens, I’m not sure at this point.”

Smith had his glove confiscated after he came off the field in the eighth inning against Philadelphia last Wednesday and was ejected. The Diamondbacks will not be able to fill his spot on the 26-man roster during the suspension.

All pitchers are being checked by umpires during games for illicit grip aids since the crackdown started on June 21.

The 30-year-old Smith is in his his fifth big league season with his third team. The left-hander is 4-8 with a 5.20 ERA this season, his second with Arizona after being traded by Miami last year. He also pitched for the New York Yankees.

“I’ve continued to provide a safe place for him to come into my office and vent, and talk about it,” Lovullo said. “I’ve had some really good conversations with him. I’ll continue to stand by him based on the information he continues to give me and some of the comments he’s sharing with me.” 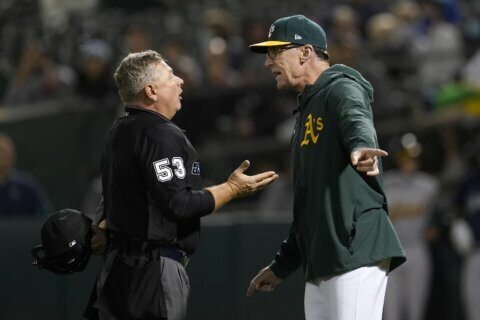 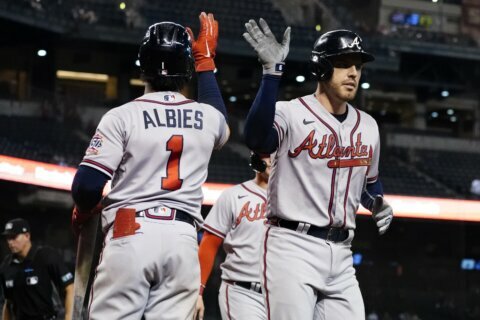