On a day the Indians announced they will change their name to the Guardians at the conclusion of the season, a new name for Tampa Bay helped it beat Cleveland for the 10th straight time.

Cruz, who was acquired in a four-player trade with Minnesota on Thursday, hit his 20th homer, walked and scored twice. The 41-year-old All-Star slugger is 46th on the career home run list with 437.

“Nelson is a hot hitter — and he’s been a hot hitter for 15 years,” Rays manager Kevin Cash said. “He looks good in every uniform he’s worn, but I think he looks really good in a Rays uniform.”

With the score tied at 4, Wendle singled home Randy Arozarena with no outs. Ji-Man Choi added a three-run homer off Nick Wittgren (2-3), who faced six batters and allowed five runs.

“It just got away from us in a hurry,” Indians manager Terry Francona said. “It was a hit, a hit batsman, a base hit to left, and all of a sudden the floodgates opened and we couldn’t stop it.”

José Ramírez hit a three-run homer and drove in four for Cleveland, which has lost 14 of its last 20 games. Matt Wisler (3-3) worked two innings of relief for the victory.

Ramírez tied the score at 4-all in the seventh with a two-out, RBI triple off Wisler. The Indians had trailed 4-0 in the third following Cruz’s solo homer.

“(Cruz) carries a presence when he enters the room, so we’re obviously very glad to have him,” Wendle said.

Tampa Bay took a 3-0 lead in the second, scoring three runs on a blooper-reel worthy play that featured two errors by Ramírez, an All-Star third baseman.

Arozarena singled home Yandy Diaz and advanced Wander Franco to second, and all of them scored as Ramírez fumbled the throw back into the infield, then fired the ball past catcher Austin Hedges.

“You’ve got to concentrate at all times on the bases,” Arozarena said. “All I was trying to do when I got the hit was concentrate.”

Ramírez reduced Cleveland’s deficit to 4-3 in the bottom half of the third with his 20th homer, off Josh Fleming.

“The Guardians is something we’re going to embrace and is a great step in the right direction with what we want to do for this city,” Plesac said. “To represent Cleveland means everything. That’s really the point and was everyone’s goal in making a new name.”

Before the game, Tampa Bay made its second trade since arriving in Cleveland, sending left-hander Rich Hill to the Mets for righty Tommy Hunter and minor leaguer Matt Dyer.

Cruz is eager to serve as a mentor to Tampa Bay’s talented youngsters, just as he did with the Twins. “I know this organization is big on it and that’s something I like to do,” Cruz said. “I’ve been through a lot of up and downs in my career.”

General manager Erik Neander and C Mike Zunino both noted the significance of adding a respected leader from the Dominican Republic to help bridge the language gap.

“It’s going to be a huge development for those guys,” said Zunino, who previously played with Cruz in Seattle. “Nelson is one of the best teammates that I’ve ever had. If he’s not No. 1, he’s No. 1-B.”

Rays: RHP Chris Archer (right forearm tightness), who has been on the 60-day injured list since May 8, has allowed three runs over 4 2/3 innings in his first two rehabilitation appearances for Triple-A Durham.

Indians: C Roberto Pérez (back tightness) sat out his second straight game. Francona said Pérez was one of several players who woke up with sore backs as a result of their hotel beds in Houston.

Rays: RHP Drew Rasmussen (0-1, 4.55 ERA) made his only career start at Washington on June 30, working two innings in a no-decision. 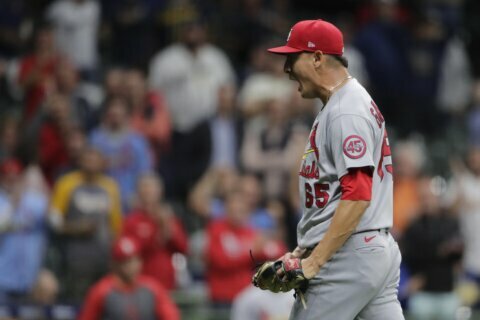 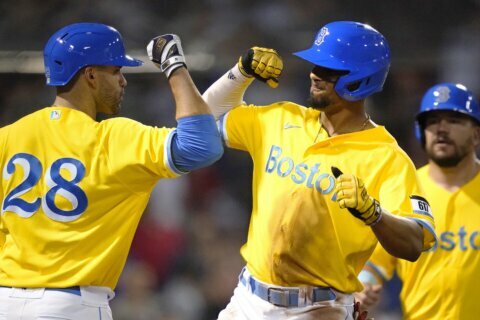 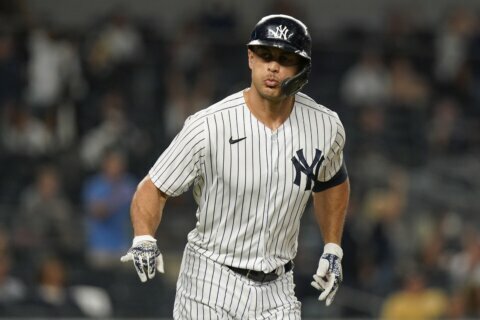