CLEVELAND (AP) — With one swing, José Altuve shut up fans and woke up his teammates.

Altuve hit a grand slam to briefly quiet constant booing directed at him and his Houston teammates, Yordan Álvarez and Michael Brantley homered, and the Astros snapped a four-game losing streak with a 7-2 win over the Indians on Thursday night.

Jeered from the moment he stepped into the batter’s box to start the game, Altuve connected for his fifth career slam — and second this season — in the fifth inning off Indians rookie J.C. Mejia (1-3) to give Houston a 5-2 lead.

The shot was just what the Astros needed after being swept at home by Baltimore and dropping five of six after an 11-game winning streak.

“A tremendous lift for us,” manager Dusty Baker said. “We ain’t been scoring but one or two runs a game in that whole series with Baltimore, so that was huge. It gave us some breathing room.

“Everybody was running on fumes and that gave us a tremendous amount of energy.”

This is the Astros’ first trip into Progressive Field since 2019, and they started hearing boos and other comments during pregame introductions about their infamous sign-stealing scandal.

Framber Valdez (5-1) overcame early control issues and allowed two runs and four hits in seven innings while helping Houston’s thin bullpen get some rest. The Astros turned inning-ending double plays in the fifth and sixth behind the left-hander.

“He didn’t look good in the beginning,” Baker said. “He couldn’t find his breaking ball. The double plays were huge.”

Álvarez crushed his 14th homer, a 446-foot shot into the center-field bullpens, in the fourth for the Astros, who improved to an MLB-best 30-16 against teams with winning records.

Brantley, who spent 10 seasons with Cleveland, added his fifth homer in the seventh.

The Astros didn’t arrive in Cleveland until 5 a.m. and their bats were sluggish through four innings before Altuve shook things up.

Kyle Tucker led off the fifth with a double and Mejia walked Myles Straw before the right-hander got handcuffed on a bunt that loaded the bases.

Altuve fell behind 1-2 in the count, and as the crowd geared up to roar for a possible strikeout, Houston’s second baseman pulled a slider from Mejia over the wall in left for his 18th homer and 11th since June 1.

“I tried to throw that perfect pitch and it just stayed right in the zone,” Mejia said. “It didn’t break to the outside part of the plate.”

Altuve said the Astros weren’t feeling any extra pressure to get their offense going after a few rough games.

“That’s baseball sometimes and as a team you have to know that eventually you’re going to get some swings and score some runs,” he said. “That’s what we did tonight.”

The Indians took a 1-0 lead in the second but missed a chance to do more damage against Valdez, who has been one of the AL’s best pitchers since returning from a broken left index finger sustained in spring training.

Harold Ramirez drew a leadoff walk, went to third on Eddie Rosario’s single and scored on Valdez’s wild pitch. Two more walks loaded the bases, but Valdez escaped with a strikeout and force at second.

Astros SS Carlos Correa got the night off following the team’s early-morning arrival. Baker intends to give others down time over the next few days with the goal of returning to full strength by Sunday’s series finale.

Eddie Rosario left in the third with right abdominal tightness and underwent an MRI afterward.

Rosario, who recently had a 14-game hitting streak, singled in the second on a ball that appeared to be deep enough for him to get a double. He was noticeably bothered by something when he advanced to second on a wild pitch.

Manager Terry Francona said the team wanted to be cautious with Rosario.

“The last thing we want to do is let somebody take a big swing and it’s more than a cramp,” he said.

Astros: RHP Josh James, who underwent hip surgery in October, threw a bullpen session before the game as he continues his long recovery. His next stop should be a rehab assignment at Triple-A. “I thought I had seen a ghost when I saw him in the lunch room,” Baker joked after a pregame encounter with James.

Indians: C Roberto Pérez (finger surgery) remains on track to be activated Saturday. He got a scare Wednesday night at Double-A Akron when he got hit on the right hand. “It was in the meat of the hand,” Francona said. “He’s kind of bruised there.” Pérez will catch at Triple-A Columbus on Friday. … Slugger Franmil Reyes (oblique strain) is also set to be activated Saturday after being sidelined since May 23. 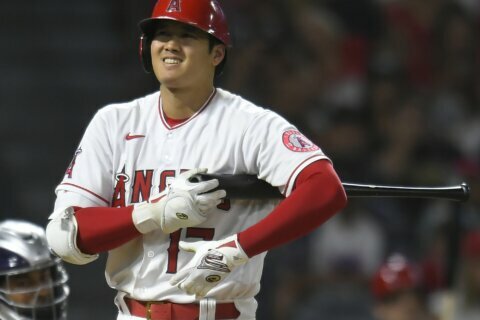 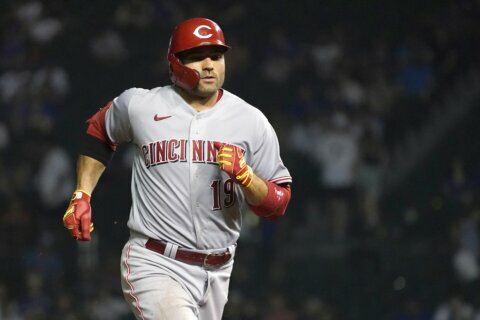 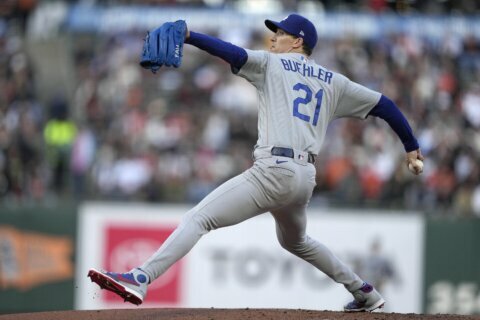