HOUSTON (AP) — Kyle Tucker hit the go-ahead home run for the Houston Astros in the bottom of the seventh inning on Wednesday night.

But Houston wouldn’t have been in position to take the lead if not for some stellar defense by Michael Brantley an inning earlier.

Jose Altuve hit a three-run homer and Tucker’s solo shot lifted the Astros to a 4-3 win over the Oakland Athletics.

Brantley’s nifty defensive play came after the Athletics scored two runs in the sixth to tie it with no outs. Sean Murphy then hit a fly ball to left field that Brantley caught before throwing home just in time for catcher Martín Maldonado to tag Ramon Laureano as he slid into him for the double play.

“That was the game-saver right there,” manager Dusty Baker said. “That’s a huge, huge play right there.”

Brantley downplayed the throw, saying it’s his job to make plays like that.

“It was a big play at the time,” he said. “But we had two home runs and obviously our pitching staff did a great job and we came out with a win.”

The victory is Houston’s sixth straight. It moves the team to 5 1/2 games ahead of second-place Oakland in the AL West and a season-high 21 games above .500 at an AL-best 54-33.

Altuve’s home run gave the Astros the lead in the third, but the A’s scored two in the sixth to tie it.

There was one out in the seventh when Tucker connected off Sean Manaea (6-6) on his home run to right-center to put Houston on top again.

Blake Taylor (2-2) wriggled out of a a jam in a scoreless seventh for the win. Ryan Pressly pitched a perfect ninth to collect his 16th save and lower his ERA to 1.46.

Matt Olson and Elvis Andrus had solo homers for the Athletics, who lost for the fifth time in six games.

“We’re going through a bad streak where it seems like everything that can go wrong is at this point,” manager Bob Melvin said. “We’ve just got to continue to grind. Early in the season these types of games we were winning and right now we’re not.”

Oakland had a chance to take the lead in the seventh after a pair of errors by Altuve and a wild pitch by Taylor left the Athletics with runners on second and third with no outs. But Taylor retired Andrus and Olson to end the threat.

Cristian Javier replaced him to start the sixth and was greeted by the home run from Andrus, which bounced high off the wall above the seats in left field to cut the lead to 3-2.

There were two on and no outs when Jed Lowrie tied it on an RBI single to right field. The A’s tied it on a wild pitch by Javier before Brantley’s big play.

There were two outs in the first when Olson smacked his 21st homer of the season into the seats in right field to give the A’s an early lead.

Abraham Toro reached and advanced to second to start Houston’s third on an error by third baseman Chad Pinder before a single by Myles Straw.

Altuve hit his homer to left field with one out in the inning to put the Astros on top 3-1.

Athletics: Melvin announced Wednesday that closer Trevor Rosenthal will have season-ending surgery for a torn hip labrum. Melvin said Rosenthal will have the surgery in Colorado on Tuesday. Rosenthal signed a one-year, $11 million deal with the Athletics this offseason, but hasn’t played all year after having thoracic outlet surgery in April.

Astros: RHP Joe Smith was activated from the 10-day injured list on Wednesday. … 3B Alex Bregman (strained left quadriceps) took batting practice on the field before Wednesday’s game and could be ready for a rehabilitation assignment soon.

Pressly, who was named to his second All-Star team this season, has a 0.00 ERA with nine saves, 23 strikeouts and a walk in his last 14 games. He has converted 16 of 17 save opportunities this season. 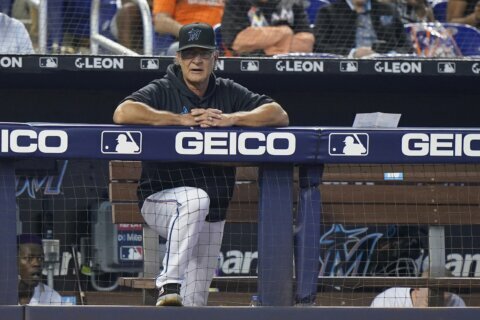 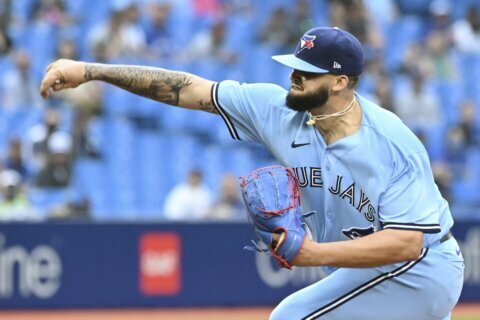 Busy at deadline, Indians trade OF Eddie Rosario to Braves