Bieber (4-3) had fanned at least eight in 20 straight games, but the reigning AL Cy Young Award winner fell short with seven. He was pulled after issuing his fourth walk, and finished his shortest outing of the season at 4 2/3 innings trailing 3-0.

“The last few outings haven’t been super sharp like the beginning of the year,” Bieber said. “That’s the way baseball goes if you’re starting. You have to ride the highs and lows.”

The victory was Seattle’s third straight following a season-high five-game losing streak. Cleveland has lost three in a row.

Seven Mariners pitchers combined for 13 strikeouts. Opener Robert Dugger went three innings and Paul Sewald (1-0) pitched the next two to pick up his first win since 2019.

Kendall Gravemen worked the ninth for his fifth save. The bullpen start was necessary after four Mariners with starts this season have landed on the injured list.

“They know they have to lean on each other,” Servais said.

Haniger, tied for the major league lead with 12 home runs, doubled and scored on Kyle Lewis’ single in the first.

Bieber walked Haniger and Kyle Seager to start the third, setting up J.P. Crawford’s two-run single. Crawford said the team decided to be aggressive against Bieber.

“Bring it on, I’m going to rake your face,” Crawford said. “That’s what I’m thinking in the box.”

Bieber walked Lewis and Crawford to load the bases with two outs in the fifth, ending his appearance. Reliever Phil Maton got out of the jam with a strikeout.

“We certainly respect their starter and what he’s done, but we were ready,” Mariners manager Scott Servais said.

Bieber leads the majors with 92 strikeouts after starting the season with 10 or more in his first four outings, another major league record.

The Indians scored twice in the sixth with help from third baseman Donovan Walton’s error that allowed José Ramírez to reach base. The Mariners turned a double play to get out of a bases-loaded jam in the seventh.

While Bieber’s string of games with eight-plus strikeouts came to an end, another continues. The pitcher moved into a tie for second with former Mariners pitcher Randy Johnson for the most consecutive games with at least seven strikeouts at 22. He’s got a ways to go to catch Johnson, who sits in first place with a separate string of 34 straight games with seven or more.

The last time Bieber didn’t strike out at least eight in a regular-season game was his final start of the 2019 season. He also struck out seven last year in a playoff start against the Yankees.

Indians: LHP Sam Hentges (1-0, 3.29) gets the start in the series opener at the Los Angeles Angels.

Mariners: LHP Yusei Kikuchi (1-2, 4.30) takes the mound in Seattle in the series opener against Detroit. He struck out a career-high 11 in his last outing, a no-decision against the Los Angeles Dodgers. 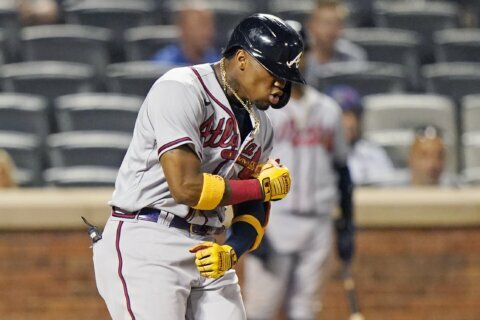 LEADING OFF: Acuña has balky back, Cameron back in HOU 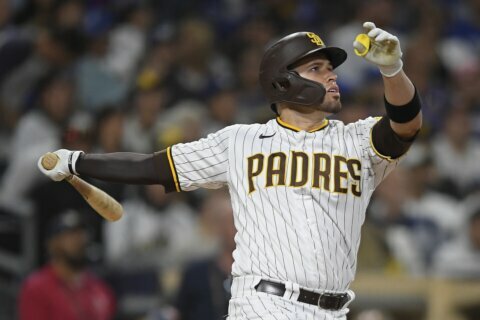 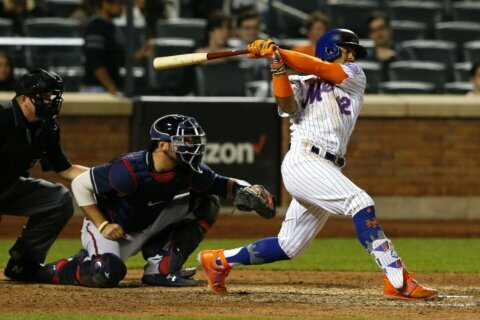