A look at what’s happening around the majors Thursday: ___ FOUR GAMES IN GOTHAM Both the Yankees and Mets are…
Listen now to WTOP News WTOP.com | Alexa | Google Home | WTOP App | 103.5 FM

Both the Yankees and Mets are set to host doubleheaders in New York after their games were postponed by lousy weather Wednesday night.

The Yankees will play Toronto twice in the Bronx, and they’ll do it without 2020 big league home run leader Luke Voit, who is headed for the injured list with a right oblique strain. Voit is hitting .182 with one homer in 12 games after missing the start of the season following surgery to repair a torn meniscus in his left knee during spring training.

In addition, Yankees right-hander Corey Kluber is expected to miss at least two months after hurting his pitching shoulder Tuesday.

The Mets will play two games against the Rockies with a major league-high 17 players on the injured list. Fourth-string center fielder Johneshwy Fargas became the most recent player added to the IL on Wednesday after he sprained his left AC joint trying to make a catch Monday.

Alex Wood (5-1, 1.93 ERA) pitches for the San Francisco Giants against his former team in the opener of a four-game series at Dodger Stadium. Wood spent three-plus seasons with the Dodgers from 2015-18, earning an All-Star nod, and returned last year as Los Angeles won the World Series. He faced his old teammates last Friday and lost 2-1 to Trevor Bauer as the Dodgers got started on a three-game weekend sweep in San Francisco. Both teams are near the top of the NL West standings. Los Angeles’ eight-game winning streak ended Wednesday night with a 5-2 loss in Houston.

Shohei Ohtani (1-0, 2.37 ERA) makes his seventh pitching start of the season for the Los Angeles Angels in the opener of a four-game series at Oakland. At the plate, the two-way star is batting .270 with 15 homers, 38 RBIs and six stolen bases. Chris Bassitt (4-2, 3.69) takes the ball for the Athletics. He beat the Angels on Saturday in Anaheim, allowing just two runs in 7 2/3 innings.

Right-handers Sonny Gray (0-3, 3.96 ERA) and Stephen Strasburg (1-1, 4.11 ERA) square off when the Reds and Nationals close out their three-game series in Washington. Gray is 0-1 with a 2.78 ERA in four May starts for Cincinnati. Strasburg makes his second start since returning from right shoulder inflammation. He pitched 5 1/3 scoreless innings in Washington’s 4-2 victory over Baltimore on Friday.

Former New York Mets manager Mickey Callaway has been suspended by Major League Baseball through at least the end of the 2022 season following an investigation of sexual harassment allegations.

Shortly after MLB’s announcement of the penalty Wednesday, the Angels said they had fired Callaway, the team’s pitching coach since October 2019. The club suspended him on Feb. 2 at the start of MLB’s investigation.

Commissioner Rob Manfred did not release details of what MLB’s probe determined, but said in a statement “I have concluded that Mr. Callaway violated MLB’s policies, and that placement on the ineligible list is warranted.”

In a report published on Feb. 1, The Athletic said Callaway “aggressively pursued” several women who work in sports media and sent three of them inappropriate photos. 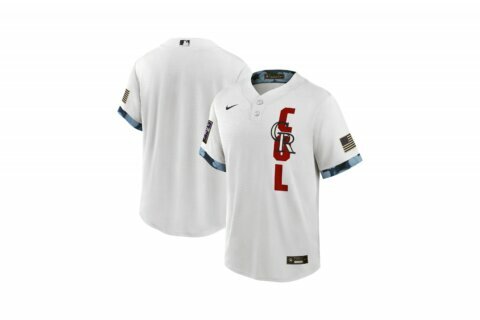