LEADING OFF: Tatis on IL, Reds and Baddoo off to big starts

Now that Fernando Tatis Jr. has been placed on the injured list, the San Diego Padres hope their electrifying shortstop won’t be sidelined too long. Tatis should be able to avoid surgery on his left shoulder, the team said a day after he slightly dislocated it taking a hard swing.

An MRI on Tuesday showed a slight labral tear and the Padres put the 22-year-old Tatis on the 10-day IL. General manager A.J. Preller said the club wasn’t ruling out anything, including Tatis’ possible return when he’s eligible.

According to Preller, doctors said another partially dislocated shoulder could occur again but playing this season wouldn’t put him at long-term risk.

“Everybody was very confident that surgery wasn’t the answer at this point in time,” Preller said. “We can keep him on the field here this year and be able to put him in a spot where he can be successful and not be in pain and we’re not doing any kind of long-term damage.”

Tatis experienced left shoulder discomfort twice during spring training, once after sliding headfirst into home plate and again several days later after making a backhand play and throwing to first.

Tigers rookie Akil Baddoo is off to a smashing start in the majors. The 22-year-old outfielder homered Sunday against Cleveland on the first pitch thrown to him in the big leagues and then hit a grand slam against Minnesota on Monday.

On Tuesday, the rookie entered as a pinch-runner, stayed in to play the outfield and delivered a game-ending single in the 10th to beat the Twins.

“That feeling right there is the best feeling. We won, so I want that feeling every time,” Baddoo said.

Baddoo was taken by Detroit from the Twins last December in the Rule 5 draft of players left off 40-man rosters. Drafted by Minnesota in 2016, he had never played above Class A until this year.

Baddoo and the Tigers close out the series at Comerica Park as Matthew Boyd (1-0) faces Kenta Maeda (0-0).

Tyler Naquin, Nick Castellanos and Cincinnati have scored a team-record 46 runs through the first five games of the season. That tops the 44 by Joe Morgan, Johnny Bench, Pete Rose and the Big Red Machine of 1976 and also the 1895 team.

Naquin homered twice and drove in seven runs from the leadoff spot in a 14-1 rout of the Pirates on Tuesday night.

The Reds will try to win their fifth in a row and complete a three-game sweep at Great American Ball Park when Luis Castillo starts against Chad Kuhl. Castillo was tagged for a career-worst 10 runs by St. Louis on opening day, the Reds’ only loss this season.

Less than a week into the season, the Yankees and Braves both made trades to acquire infielders who’ve enjoyed big moments in the majors.

The Yankees got Rougned Odor from Texas for minor league outfielders Antonio Cabello and Josh Stowers. The 27-year-old Odor didn’t make the Rangers’ opening day roster — in 2019, he hit 30 homers and 30 doubles.

“Hopefully we can help him get that talent out that we’ve seen flash over the years,” New York manager Aaron Boone said.

Atlanta acquired shortstop Orlando Arcia from Milwaukee for right-handed pitchers Chad Sobotka and Patrick Weigel. The 26-year-old Arcia was 1 for 11 this season.

Arcia has hit .295 with four homers and an .879 OPS in 13 postseason games. He went 4 for 4 and scored twice when the Brewers beat the Cubs in a tiebreaker for the 2018 NL Central title.

“His star has shined the brightest in the biggest games that the Brewers have played in the last five years,” Milwaukee manager Craig Counsell said. 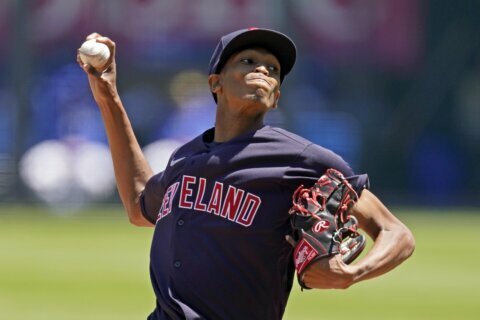 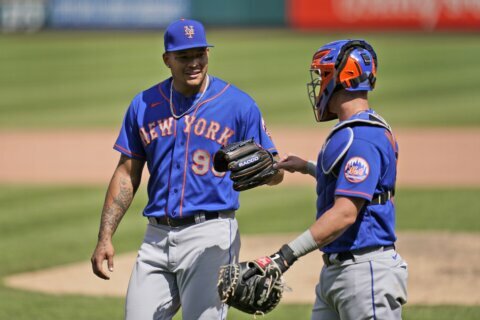 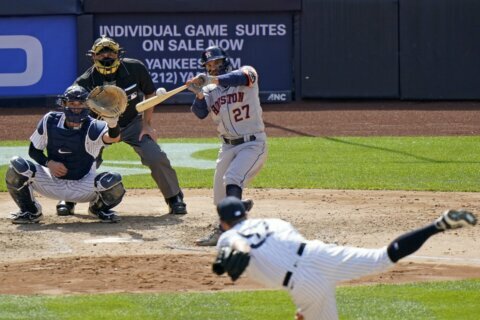