Wearing their No. 42 jerseys in honor of the Brooklyn Dodgers great, on-field personnel and others from the organization — approximately 75 in total — gathered around the Jackie Robinson statute at Dodger Stadium to pay their respects.

“It was great,” Roberts said. “Any time you can get the players and staff, front office and ownership, with a central thought and moment of recognition for Jackie Robinson Day, I thought it was special. It’s something the Dodgers plan on doing every year as far as gathering around Jackie to pay our respects and love of Jackie.”

“As a Dodger, it’s rewarding to wear No. 42 and bring his name and legacy to life. It’s something we’re looking forward to,” he said.

Mookie Betts and the Dodgers did so this year as the defending World Series champions, having won for the first time in 32 years. They’re also the first team to reach double-digit victories, as they’re off to a 10-2 start.

Stan Kasten, the president and CEO of the Dodgers, and Lon Rosen, the executive vice president and chief marketing officer, came up with the idea and ran it by Roberts.

“The most important part was that the players and staff understood the importance of it,” Roberts said. “It was received really well.”

Robinson broke the big league color barrier on April 15, 1947. Major League Baseball has retired his No. 42 and every player, manager, coach and umpire now wears it on the anniversary of his debut. 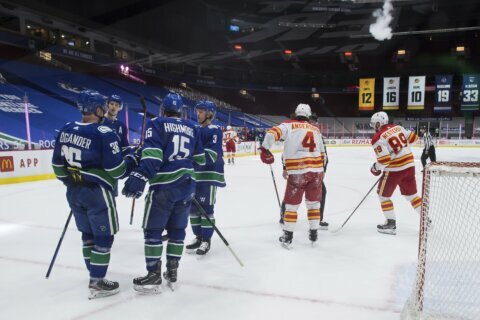 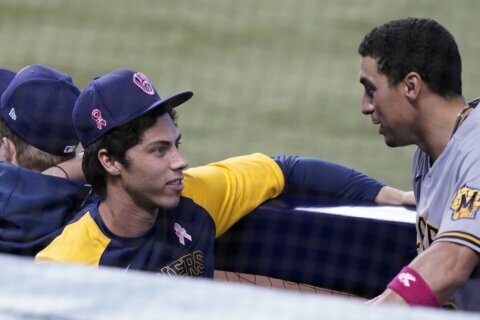