His death brings the total number of Palestinians killed in the flare-up to 49, including 17 children, according to Gaza’s Health Ministry.

The body of Anas Inshasi, 22, was wrapped in the black and white flag of the Army of Islam, a small, radical faction. Mourners said he was wounded by an Israeli airstrike while firing mortar shells toward Israel.

Israel launched a wave of airstrikes on Friday in the face of what it said was an imminent threat by the Islamic Jihad militant group after one of its leaders was detained by Israeli troops in the occupied West Bank earlier that week. Islamic Jihad began firing rockets at Israel hours after the initial wave of strikes. The violence ended with an Egyptian-brokered cease-fire on Sunday.

In the three days, Israeli airstrikes killed two top Islamic Jihad commanders in Gaza, and the militant group said it lost a total of 12 militants. The Israeli military says the group fired some 1,100 rockets, around 200 of which fell short in Gaza. Most of the remainder were intercepted or fell in open areas.

Several Palestinian civilians were among those killed and wounded by Israeli airstrikes, including an 11-year-old girl who died of her wounds on Thursday. Two children are being treated in the intensive care unit of a Palestinian hospital in Jerusalem.

Up to 16 Palestinians may have been killed by rockets fired from their own side that fell short. No Israelis were killed or seriously wounded in the latest flare-up.

Israel and Hamas, which is larger and more powerful than Islamic Jihad, have fought four wars and countless smaller battles since Hamas seized power from rival Palestinian forces in 2007.

Hamas, which is opposed to Israel’s existence, sat out the latest battle, apparently to preserve economic understandings with Israel that have eased a 15-year blockade imposed on the territory by Israel and Egypt. 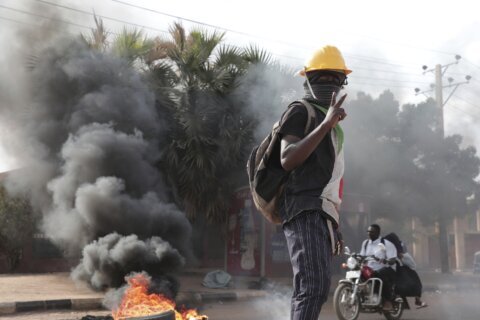