Hossam Monis’ freeing came on the heels of the release of several high-profile detainees, days before the end of the Muslim holy month of Ramadan, which is typically a time of amnesty. It followed a pardon by President Abdel Fattah el-Sissi on Wednesday.

Prominent film director Khaled Youssef posted a photograph of himself and former presidential candidate Hamdeen Sabahi with Monis as soon as he walked free. Opposition leader Khaled Dawoud wrote on his Facebook page that Monis got into a car with his mother and headed home after his release.

Monis was arrested in June 2019, along with seven other people, including Zyad el-Elaimy, a former lawmaker, and key secular activists in the country’s 2011 uprising. Their arrests came shortly after they had met with political parties and opposition lawmakers to try and hash out how to run in the 2020 parliamentary elections.

Last year, the Misdemeanors State Security Emergency Court in Cairo found Monis and other defendants guilty of conspiring to commit crimes with an outlawed group. That’s a reference to the Muslim Brotherhood, which Egypt has banned as a terrorist organization.

Monis and Hisham Fouad, another activist and journalist, were sentenced to four years in prison each while El-Elaimy received a five-year sentence.

The verdicts stirred outrage from local and international human rights groups. Both El-Elaimy and Fouad remain behind bars.

El-Sissi on Wednesday passed a decree granting Monis amnesty, a few hours after he had reactivated the Presidential Pardon Committee and appointed new members. The committee, in charge of reviewing cases of prisoners held for political crimes, has been quite ineffective since its creation in 2016.

On Sunday, authorities freed 41 detainees — including several prominent writers and activists — who had been held without a trial date.

Some independent observers believe the government is trying to reach out to the political opposition in the midst of a grinding economic crisis sparked by the Russian war on Ukraine. Thousands of political prisoners, however, are estimated to remain in Egyptian jails. 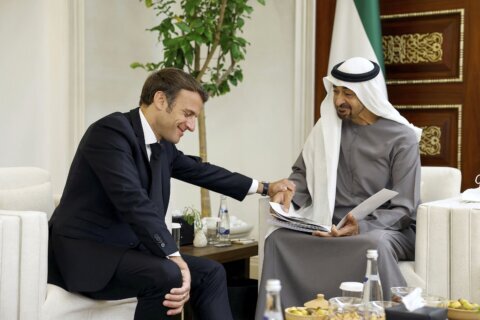 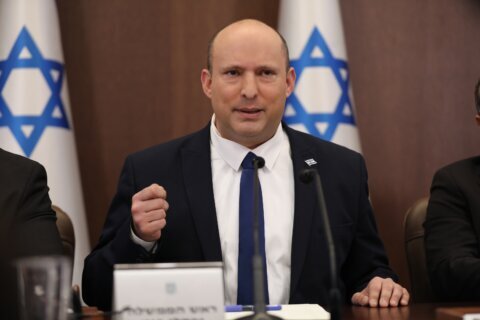