TEL AVIV, Israel (AP) — Israeli troops operating in the West Bank shot and killed two Palestinians, the Palestinian Health Ministry said Thursday, in the latest escalation of violence between the sides amid intensifying Israeli raids in the occupied territory.

The two deaths come a day after three Palestinians were killed in clashes with Israeli troops, who have been patrolling the West Bank and making arrests following an outburst of attacks in Israel that has killed 14 people in recent weeks.

At least 24 Palestinians have been killed in the latest wave of violence, according to a count by The Associated Press, most after carrying out deadly attacks or in clashes with Israeli security forces. Others include an unarmed middle-aged woman and a lawyer who appeared to have been caught in the violence accidentally.

The renewed violence comes as Muslims mark the holy month of Ramadan and as Jews are set to celebrate Passover, which begins on Friday.

While Israel has sought to lower the flames by moving ahead with a plan to ease restrictions on Palestinians in the West Bank and the Gaza Strip, Israeli media reported leaders are expected to decide whether to restrict movement for Palestinians out of the West Bank during the weeklong Passover festival, as it has done in previous years.

That would prevent thousands of worshippers from reaching a key Jerusalem mosque, a frequent flashpoint for violence, during Ramadan.

The Palestinian Health Ministry said two men died of their injuries following confrontations with Israeli forces in the volatile city of Jenin. The Israeli military said dozens of Palestinians attacked the forces, opening fire and shooting explosives at them. The troops responded with live fire, the military said, without commenting on the deaths.

On Wednesday, Israeli forces shot and killed three Palestinians, including a 14-year-old and a 34-year-old lawyer who officials said happened to inadvertently drive into a battle zone in the northern West Bank town of Beita. The Palestinian Health Ministry said Thursday another man who was critically wounded in clashes in Beita the previous day died of his injuries.

The Israeli raids have faced violent protests by Palestinians, some of them armed or throwing rocks and Molotov cocktails at forces, according to the military. They have sparked a warning by Palestinian President Mahmoud Abbas, who accused Israel of destabilizing the West Bank, saying the situation “has become dangerous and sensitive and is rapidly deteriorating.”

Palestinian political factions in the city of Ramallah, the Palestinian administrative center, called a general strike on Thursday to protest the Israeli operation and the rising Palestinian death toll. Stores and schools as well as other private and public institutions were shuttered for the day. A strike was also called in the city of Bethlehem.

Israel launched the West Bank operation in response to the spate of attacks in Israeli cities in recent weeks. Two of the attackers came from Jenin, where the raids began. But they have since spread to other parts of the West Bank, driving up tensions and prompting political factions in the Gaza Strip to declare that militants in Gaza were on alert “and ready to take the necessary decisions to protect our land, people, and holy sites.”

Tensions and clashes in the lead-up to Ramadan last year boiled over into an 11-day Gaza war. 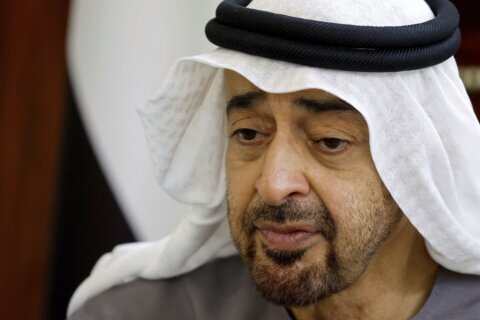