State media quoted an unnamed military official as saying that the attack occurred shortly before midnight Thursday, adding that some of the Israeli missiles were shot down by Syrian air defenses.

The Britain-based Syrian Observatory for Human Rights, an opposition war monitor, said the missiles struck positions of Iran-backed fighters southwest of the capital, near the suburb of Qatana.

Israel has staged hundreds of strikes on targets inside government-controlled Syria over the years but rarely acknowledges or discusses such operations.

It has acknowledged, however, that it targets the bases of Iran-allied militias, such as Lebanon’s Hezbollah group that has fighters deployed in Syria. It says it attacks arms shipments believed to be bound for the militias.

Israel justifies its strikes on facilities and weapons inside Syria by saying that an Iranian presence on its northern frontier is a red line. 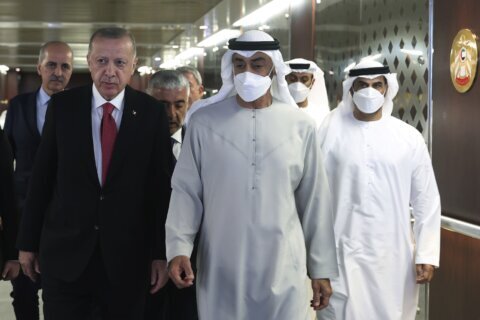