In Gaza, an application languishes, and a toddler dies

JERUSALEM (AP) — Jalal al-Masri and his wife spent eight years and their life savings on fertility treatments in order to have their daughter, Fatma. When she was diagnosed with a congenital heart defect in December, they waited another three months for an Israeli permit to take her for treatment outside the Gaza Strip.

The permit never came. The 19-month-old died on March 25.

“When I lost my daughter, I felt there is no more life in Gaza,” al-Masri said, his voice trembling. “The story of my daughter will happen again and again.”

Israel grants permits for what it defines as life-saving treatment to Palestinians from the Gaza Strip, which has been under a crippling Israeli-Egyptian blockade since the Islamic militant group Hamas seized power there in 2007.

But families must negotiate an opaque and uncertain bureaucratic process. Applications are submitted through the Palestinian Authority, reports must be stamped, paperwork processed. In the end, all the al-Masris got was a text message from the Israeli military saying the application is “being examined.”

COGAT, the Israeli military body that oversees the permit system, did not respond to multiple requests for comment.

Of the more than 15,000 patient permit applications from Gaza in 2021, 37% were delayed or denied, according to figures from the World Health Organization.

Al-Mezan, a Gaza-based rights group that has helped the al-Masris and other families, says at least 71 Palestinians, including 25 women and nine children, have died since 2011 after their applications were denied or delayed.

That doesn’t necessarily mean that Israel’s decisions were responsible for the deaths — even the best hospitals can’t save everyone. But the families of the sick faced the added stress of negotiating a complex bureaucracy — and the uncertainty over whether things might have turned out differently.

In December, doctors in the town of Khan Younis diagnosed Fatma with an atrial septal defect, a hole in her tiny heart. Gaza’s health care system has been battered by the 15-year blockade and four wars between Israel and Hamas. So they referred her for treatment at a Palestinian-run hospital in Israeli-annexed east Jerusalem that offers pediatric cardiac surgery.

Her father took the medical report and raced off to a small office in Gaza City run by the internationally recognized Palestinian Authority. Hamas drove the PA out of Gaza in 2007, confining its authority to parts of the Israeli-occupied West Bank, but it continues to serve as a liaison between Gazans and Israeli authorities.

A few days later, al-Masri was informed that the application had been approved. The PA booked an appointment at Makassed Hospital in east Jerusalem on Dec. 28 and agreed to pay for the treatment. The toddler’s grandmother would accompany her.

All they needed was a security permit from Israel.

Israel captured Gaza, along with the West Bank and east Jerusalem, in the 1967 Mideast war. The Palestinians want all three territories to form their future state. Israel withdrew troops and settlers from Gaza in 2005, but it still heavily restricts the movement of people and goods in and out of the narrow coastal strip.

Israel says the blockade is needed to contain Hamas, which Western countries view as a terrorist group because of its long history of carrying out deadly attacks against Israelis. Critics see the blockade as a form of collective punishment for Gaza’s 2 million Palestinian residents.

Israel denies permits to Palestinians whom it sees as a security threat. But in the case of the 19-month-old Fatma and her grandmother, it just said the application was under consideration.

He made a third appointment, for Feb. 14. Still no permit.

He made a fourth, for March 6.

This time, he was told Israel needed 14 more days to process the application, so he postponed the appointment to March 27. The PA’s financial coverage expired, so he reapplied. The Israelis said they needed a new medical report because the one from December had expired.

“I spent the past three months running back and forth,” he said. “I told everyone I saw: Do the impossible, just get her out. Take her alone, without an escort, and drop her off at the hospital.”

He made a sixth appointment, for April 5.

On Friday, March 25, Fatma woke up early. She played with her father and kissed her newborn baby brother. She wanted chicken wings for lunch, so her father went out to get some.

Anything for his little girl.

While he was out, his brother called and said Fatma seemed tired. When he got home, his relatives were waiting outside for the ambulance. At the hospital, she was pronounced dead upon arrival.

Jalal would have added Israel to the chain of events.

“This is an intentional killing. My daughter was the victim of blockade and closure,” he said. “What did she do to deserve this? She had all the papers.”

Dr. Merfeq al-Farra, a pediatrician who saw Fatma several times at his clinic, said the hole in her heart had caused pulmonary hypertension, putting her at risk of stroke.

“If the hole is 4 millimeters, we can treat it in Gaza, but the hole in her heart was large, 20 millimeters, and this requires specialized child open-heart surgery that is unavailable in Gaza,” he said. “That’s why the hospital issued her at least four urgent referrals.”

That might have led the Israeli officers weighing Fatma’s course of treatment to conclude her life was not in danger.

But Lorber, who did not treat Fatma, said ASD can aggravate other heart and lung conditions. In that case, it must be treated quickly, especially if the patient has trouble breathing.

“It wouldn’t just be a matter of correcting ASD. The patient would have likely needed other interventions, not just surgery,” he said. “This patient most probably had underlying conditions.”

Regardless of the diagnosis, he said, her chances of survival would have much been better at the hospital in Jerusalem.

That day at the emergency room in Gaza, Jalal would have tried anything.

Ten days after his daughter’s death, he received another text message from Israel. The application was still pending.

A year after disaster, thousands flock to Israeli holy site 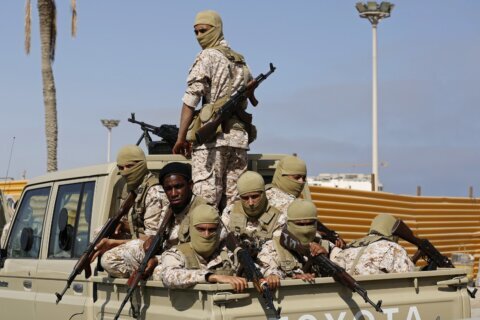