The announcement by Union Properties comes as Emirati prosecutors announced in October they were investigating the firm. Already, the firm’s board of directors has seen its chairmen and other officials dismissed amid the probe.

Union Properties, known for building Dubai Motor City, had been trying to turn around its fortunes in recent years. But the announcement and filings on the Dubai Financial Market stock exchange show the firm had even-more serious problems than initially realized.

Last year “has been a difficult year for Union Properties as we uncovered widespread fraud and misconduct by the company’s former management involving forgery, misappropriation of funds and various other financial violations which has negatively impact the company’s financial health and been a severe breach of shareholder confidence,” managing director Amer Khansaheb said in a statement.

The company said it planned to “recover the misappropriated fund through legal procedures” and restructure its debt.

Union Properties, like other firms, has struggled to come out of the shadow of Dubai’s 2009 financial crisis, when its property market collapsed. The city ultimately receive $20 billion in bailouts from Abu Dhabi, the Emirates’ oil-rich capital.

Union Properties abandoned the construction of a $460 million Formula One theme park in Motor City during the crisis, with its CEO at the time saying banks were no longer willing to lend money. Creditors, including the state-linked bank Emirates NBD, pursued the firm over loans of $2 billion. Even today, Emirates NBD advertises dusty buildings in Motor City as being available for sale or rent.

However, Dubai still faces looming debt payments that stem from its 2009 financial crisis. Dubai and its government-linked firms face a massive $30.6 billion bill coming by 2023, according to London-based Capital Economics. Dubai itself insists it is able to cover its debts and that state-linked firms should be considered separate from the sheikhdom’s affairs. 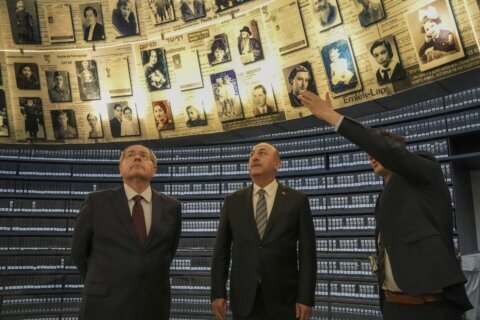