Interim Libya leader in eastern city in outreach to factions

BENGHAZI, Libya (AP) — The president of Libya’s newly elected interim government arrived Thursday in the eastern city of Benghazi, the stronghold of the divided country’s eastern factions, as part of a campaign to foster unity ahead of national elections in December.

Mohammad Younes Menfi, chairman of Libya’s Presidential Council, arrived from Athens, where he had been living for the past three years, and immediately met with dozens of tribal elders, academics and activists inside the VIP lounge at Benina airport, which serves Benghazi.

His visit follows a U.N.-sponsored conference last week in which delegates from Libya’s warring sides picked four leaders to guide the nation ahead of the December elections. The election of the presidential council was a major — if uncertain — step toward unifying the North African country and ending one of the intractable conflicts left behind by the Arab Spring.

Since 2015, Libya has been divided between two governments, one in the east and another in the west, each backed by a vast array of militias. In April 2019, Khalifa Hifter, a military commander allied with the eastern government, launched an offensive to seize the capital, Tripoli. His campaign failed after 14 months of fighting and last October, the U.N. convinced both parties to sign a cease-fire agreement and embark on a political dialogue.

Menfi, a diplomat from the country’s east, was picked to head the Presidential Council, which includes two other officials. The forum also chose Abdul Hamid Mohammed Dbeibah, a powerful businessman from the western city of Misrata, as interim prime minister.

Each member of the three-man council represents a region of old Libya: Tripolitania in the west, Cyrenaica in the east, and Fezzan in the southwest. The appointment of an interim government capped months of U.N.-brokered talks that resulted in an agreement to hold elections on Dec. 24.

“Our objective is to achieve unity and true reconciliation and to collaborate with all in order to end the suffering,” Menfi tweeted shortly before his arrival. Shortly after leaving the airport, he met with Hifter at his forces’ headquarters in the village of Rajma, 27 kilometers (17 miles) east of Benghazi.

During the meeting, Hifter reiterated his backing of the new transitional authorities and his support for a “peaceful and democratic alternation of power” in Libya, according to a statement released by his office.

Hifter had already welcomed the appointment of the new government, hailing its leaders as “national figures.” Although Menfi comes originally from the eastern city of Tobruk, some observers argued that he is politically allied to western factions, which may undermine the transitional authorities’ ability to represent the political interests of the east.

Libya descended into chaos following the 2011 uprising that ousted and killed longtime dictator Moammar Gadhafi. The two rival governments have each been backed by an array of militias and foreign governments.

Menfi had served for almost a year as Libya’s ambassador in Greece before Athens ordered his expulsion in December 2019, following a controversial maritime agreement between Tripoli and Ankara. He remained in Greece with his family but without diplomatic status. 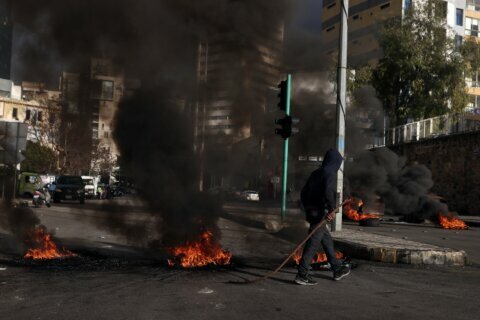 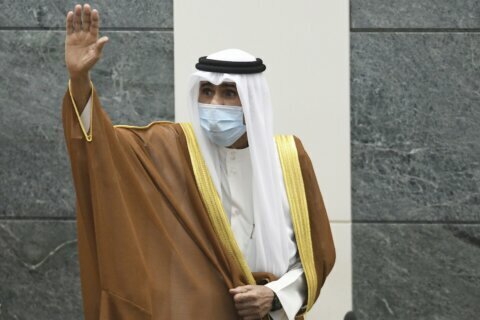