DUBAI, United Arab Emirates (AP) — An Iranian-American has been sentenced by Iran to 10 years in prison on spying charges, despite his family alleging he never had a trial or an opportunity to defend himself.

A family spokesman Tuesday confirmed the sentencing of Emad Shargi, the latest dual national to be held in Iran amid tensions with the West.

Iran’s judiciary acknowledged the sentence without naming him or saying how many years in prison he’d face. Judiciary spokesman Gholamhossein Esmaili alleged that Shargi had been free on bail and re-arrested while trying to flee the country.

While saying he had no information on the details of Shargi’s arrest, the family spokesman described him as initially being cleared of all charges in December 2019, only to discover he had been convicted in absentia later.

“He was called to court one day in late November 2020 and simply shown a judgment finding him guilty, having never been presented any evidence, given an opportunity to respond or being put on trial,” the spokesman said. “He was not even allowed to keep a copy of the judgment.”

The spokesman talked to The Associated Press on condition of anonymity out of fear of retaliation.

Asked earlier about the case by the AP, the U.S. State Department said it was “aware of the reports that Iran has detained another U.S. citizen,” but declined comment further.

Esmaili, speaking to journalists Tuesday, said Shargi had been convicted on espionage charges and of providing military information to foreign countries. Esmaili did not elaborate.

It wasn’t immediately clear which court sentenced Shargi. However, previous cases involving those with Western ties accused of espionage have been heard in Iran’s Revolutionary Courts.

“It has been seven weeks since Mr. Shargi was taken into custody,” the spokesman said. ”He is being held incommunicado in an unknown location. His family is incredibly worried about his health and welfare.”

Families of those detained in Iran have criticized Tehran over such trials, saying their loved ones are being held as negotiating chips with the West. They’ve similarly described them as being tried in courts without being able to present evidence.

Iran does not recognize dual citizenship, depriving prisoners like Shargi of consular assistance and diplomatic access. Though the U.S. Embassy in Tehran has been closed since the 1979 hostage crisis, Swiss diplomats look out for America’s interests there.

The United Nations’ Working Group on Arbitrary Detention has described such cases as part of “an emerging pattern involving the arbitrary deprivation of liberty of dual nationals.” Iran denies that and insists its courts remain separate from political interference.

Though detained and sentenced during Trump’s term, Shargi’s case represents the first to land publicly on the administration of Joe Biden. Biden has expressed a willingness to re-enter the nuclear deal, but has said he wants Iran to return to the limits of the deal first. Iran so far has demanded the U.S. first lift sanctions.

Other Americans held by Iran include Baquer and Siamak Namazi and conservationist Morad Tahbaz, who also holds British citizenship. 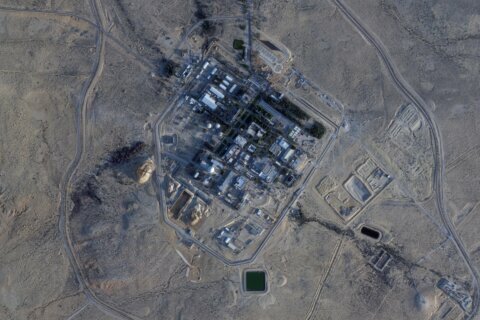 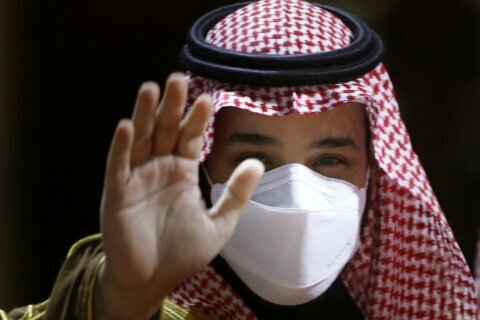