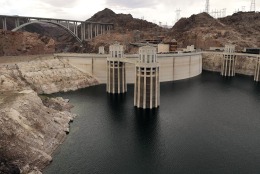 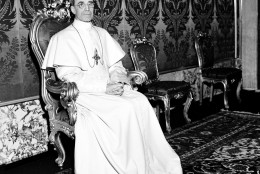 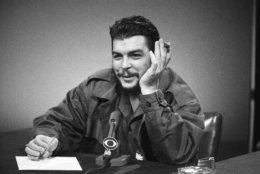 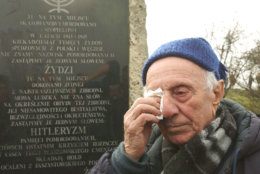 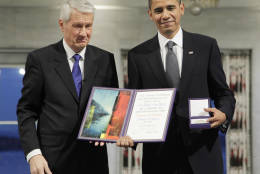 On Oct. 9, 1967, Marxist revolutionary guerrilla leader Che Guevara, 39, was summarily executed by the Bolivian army a day after his capture.

In 1776, a group of Spanish missionaries settled in present-day San Francisco.

In 1910, a coal dust explosion at the Starkville Mine in Colorado left 56 miners dead.

In 1914, the Belgian city of Antwerp fell to German forces during World War I.

In 1930, Laura Ingalls became the first woman to fly across the United States as she completed a nine-stop journey from Roosevelt Field, N.Y., to Glendale, Calif.

In 1974, businessman Oskar Schindler, credited with saving about 1,200 Jews during the Holocaust, died in Frankfurt, West Germany (at his request, he was buried in Jerusalem).

In 1985, the hijackers of the Achille Lauro (ah-KEE’-leh LOW’-roh) cruise liner surrendered two days after seizing the vessel in the Mediterranean. (Passenger Leon Klinghoffer was killed by the hijackers during the standoff.)

In 2001, in the first daylight raids since the start of U.S.-led attacks on Afghanistan, jets bombed the Taliban stronghold of Kandahar. Letters postmarked in Trenton, N.J., were sent to Sens. Tom Daschle and Patrick Leahy; the letters later tested positive for anthrax.

In 2006, North Korea faced a barrage of condemnation and calls for retaliation after it announced that it had set off a small atomic weapon underground; President Bush said, “The international community will respond.” Google Inc. announced it was snapping up YouTube Inc. for $1.65 billion in a stock deal.

In 2012, former Penn State assistant football coach Jerry Sandusky was sentenced to 30 to 60 years in prison following his conviction on 45 counts of sexual abuse of boys.

Ten years ago: President Barack Obama won the 2009 Nobel Peace Prize for what the Norwegian Nobel Committee called “his extraordinary efforts to strengthen international diplomacy and cooperation between peoples.”

One year ago: President Donald Trump and U.N. Ambassador Nikki Haley announced that Haley would be leaving the administration at the end of the year; no reason was given for her departure. Brett Kavanaugh took the bench for the first time as a Supreme Court justice in a jovial atmosphere that was at odds with the rancor that surrounded his confirmation. After starting the week with a rare political post on social media. Taylor Swift captured four honors at the American Music Awards to become the most decorated woman in the show’s history. Police at the Orlando, Florida airport removed a passenger who refused to get off a flight to Cleveland after she was found carrying a squirrel she had described as an emotional support animal.