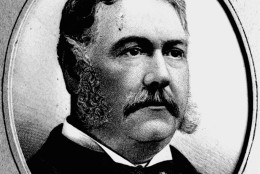 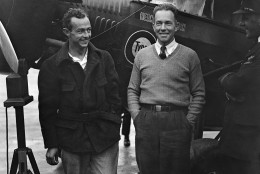 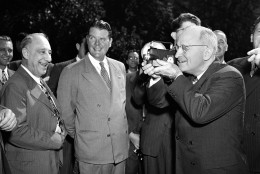 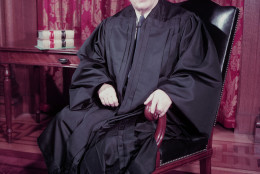 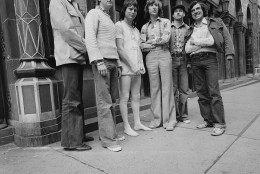 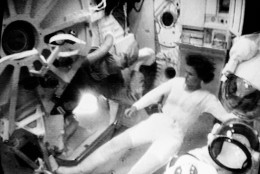 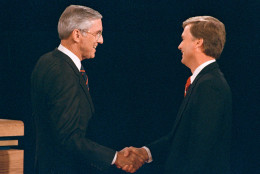 In 1829, the 21st president of the United States, Chester Alan Arthur, was born in North Fairfield, Vermont.

In 1921, the World Series was carried on radio for the first time as Newark, New Jersey station WJZ (later WABC) relayed a telephoned play-by-play account of the first game from the Polo Grounds. (Although the New York Yankees won the opener, 3-0, the New York Giants won the series, 5 games to 3.)

In 1953, Earl Warren was sworn in as the 14th chief justice of the United States, succeeding Fred M. Vinson.

In 1958, racially-desegregated Clinton High School in Clinton, Tennessee, was mostly leveled by an early morning bombing.

In 1983, Solidarity founder Lech Walesa was named winner of the Nobel Peace Prize.

In 1984, the space shuttle Challenger blasted off from the Kennedy Space Center on an 8-day mission; the crew included Kathryn D. Sullivan, who became the first American woman to walk in space, and Marc Garneau, the first Canadian astronaut.

In 2001, tabloid photo editor Robert Stevens died from inhaled anthrax, the first of a series of anthrax cases in Florida, New York, New Jersey and Washington.

In 2005, defying the White House, senators voted 90-9 to approve an amendment sponsored by Sen. John McCain, R-Ariz., that would prohibit the use of “cruel, inhuman or degrading treatment or punishment” against anyone in U.S. government custody. (A reluctant President George W. Bush later signed off on the amendment.)

In 2017, Hollywood executive Harvey Weinstein announced that he was taking a leave of absence from his company after a New York Times article detailed decades of alleged sexual harassment against women including actress Ashley Judd.

Ten years ago: President Barack Obama filled the Rose Garden with doctors supportive of his health care overhaul, saying “nobody has more credibility with the American people on this issue than you do.” Americans Elizabeth H. Blackburn, Carol W. Greider and Jack W. Szostak won the 2009 Nobel Prize in medicine. A suicide bomber blew himself up in the lobby of the U.N. food agency in Islamabad, killing five staffers.

Five years ago: A suicide bomber blew himself up in Grozny, killing five policemen and wounding 12 others as the Chechen capital celebrated the birthday of its pro-Russian leader, Ramzan Kadyrov. Geoffrey Holder, a Tony Award-winning director, actor, painter, dancer and choreographer, died in New York at age 84.

One year ago: Republican Sen. Susan Collins of Maine and Democrat Joe Manchin of West Virginia announced that they would vote to confirm Brett Kavanaugh to the Supreme Court, all but assuring that Kavanaugh would be confirmed. A jury in Chicago convicted white police officer Jason Van Dyke of second-degree murder in the 2014 shooting of black teenager Laquan McDonald. The government reported that the unemployment rate fell in September to 3.7 percent, the lowest since 1969, reflecting a healthy economy driven by strong consumer and business spending. In an elaborate prank orchestrated by the street artist Banksy, one of the artist’s paintings self-destructed in front of auction-goers in London, moments after it had been sold for $1.4 million.