Today in History: May 18

Here's a look at what happened on this date in history.
(1/6) 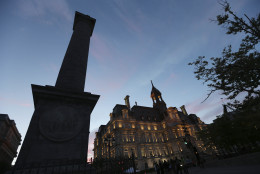 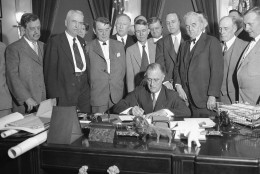 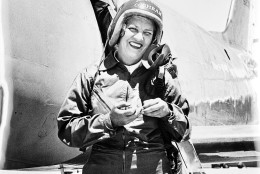 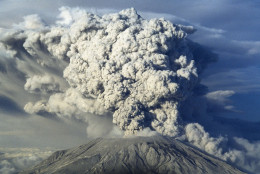 On May 18, 1896, the U.S. Supreme Court, in Plessy v. Ferguson, endorsed “separate but equal” racial segregation, a concept renounced 58 years later by Brown v. Board of Education of Topeka.

In 1652, Rhode Island became the first American colony to pass a law abolishing African slavery; however, the law was apparently never enforced.

In 1781, Peruvian revolutionary Tupac Amaru II, 43, was forced to witness the execution of his relatives by the Spanish in the main plaza of Cuzco before being beheaded.

In 1863, the Siege of Vicksburg began during the Civil War, ending July 4 with a Union victory.

In 1944, during World War II, Allied forces occupied Monte Cassino in Italy after a four-month struggle with Axis troops.

In 1953, Jacqueline Cochran, 47, became the first woman to break the sound barrier as she piloted a Canadair F-86 Sabre jet over Rogers Dry Lake, California.

In 1967, Tennessee Gov. Buford Ellington signed a measure repealing the law against teaching evolution that was used to prosecute John T. Scopes in 1925.

In 1981, the New York Native, a gay newspaper, carried a story concerning rumors of “an exotic new disease” among homosexuals; it was the first published report about what came to be known as AIDS.

Ten years ago: President Barack Obama urged Israeli leader Benjamin Netanyahu during a White House meeting to stop Jewish settlements and grasp a “historic opportunity” to make peace with the Palestinians. Myanmar’s pro-democracy leader Aung San Suu Kyi went on trial, charged with violating conditions of her years-long detention by sheltering an American man, John Yettaw, who swam to her lakeside home. (Suu Kyi, who would become the country’s leader, was convicted and sentenced to three years of hard labor; the sentence was commuted to 18 months of house arrest. Yettaw was sentenced to seven years in prison but released on humanitarian grounds.) Spacewalking astronauts finished repairs to the Hubble Space Telescope.

Five years ago: AT&T Inc. agreed to buy satellite TV provider DirecTV for $48.5 billion, or $95 per share. (The deal was completed in 2015.) Singer Jerry Vale, 83, died in Palm Desert, California. Cinematographer Gordon Willis (”The Godfather,” `’Annie Hall” and “All the President’s Men”) died on Cape Cod, Massachusetts, at age 82.

One year ago: A 17-year-old armed with a shotgun and a pistol opened fire at a Houston-area high school, killing eight students and two teachers. (Dimitrios Pagourtzis is charged in state court with capital murder; his attorney says he is facing 11 federal charges.) A 39-year-old airliner crashed and burned in a field just after taking off from Havana, Cuba, killing 112 people. President Donald Trump said he would nominate acting Veterans Affairs Secretary Robert Wilkie to permanently lead the department. (Wilkie was confirmed by the Senate in July.) Hasbro announced that the United States Patent and Trademark Office had issued a trademark for the scent of Play-doh.